Thirty-five scholarships are on offer to women undertaking coaching qualifications, part of Tennis Australia’s commitment to promoting women in tennis and increasing opportunity at all levels of the sport. 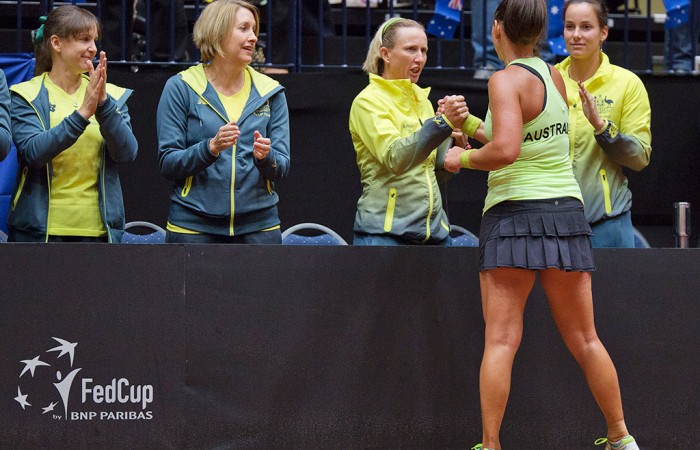 Head of Women’s Professional Tennis Nicole Pratt has announced a series of scholarships for female coaches as part of Tennis Australia’s commitment to promoting women in tennis and increasing opportunity at all levels of the sport.

In an ongoing drive to increase the number and quality of female tennis coaches nationwide, eligible women can now access additional funding to pursue their Tennis Australia coaching qualifications.

Thirty-five scholarships are on offer to women undertaking coaching qualifications to develop players at all levels of the sport, from ANZ Tennis Hot Shots to elite performance pathways. There are currently 542 registered female coaches in Australia, 21 per cent of the national total.

“We need more diversity in our coaching ranks and we want to make our internationally recognised coaching qualifications more accessible to women. It’s no surprise women make great coaches so this is about providing more opportunity, and from there, more flexibility.”

Recipients will undertake coaching courses in a supportive and innovative learning environment, with access to mentoring and networking opportunities.

Pratt said the scholarship program would ensure female coaches are encouraged and assisted to achieve their ambitions.

“Women already make an enormous contribution to our tennis coaching community and this program is designed to encourage more of them to get involved and achieve their qualifications,” she said.

“Tennis relies on qualified coaches at all levels, whether it’s introducing new players to the sport through ANZ Tennis Hot Shots, helping club players develop their skills or guiding our elite players to Grand Slam success. Women are central to our sport and these scholarships are designed to recognise and reward their roles.”

In a further initiative to support and promote women in sport, former National Academy Manager for South Australia Rohan Fisher will move into the newly created role of National Women’s Talent Development Manager.

Fisher will work under Pratt’s guidance to identify and develop the next generation of Australian female tennis players.

Australia’s top female tennis players will travel to Brisbane next month to take on the USA in the Fed Cup by BNP Paribas World Group Play-off at Pat Rafter Arena.