Tomic hoping for hot start to the Open

Bernard Tomic is hoping for a hot and fast start to the Australian Open. 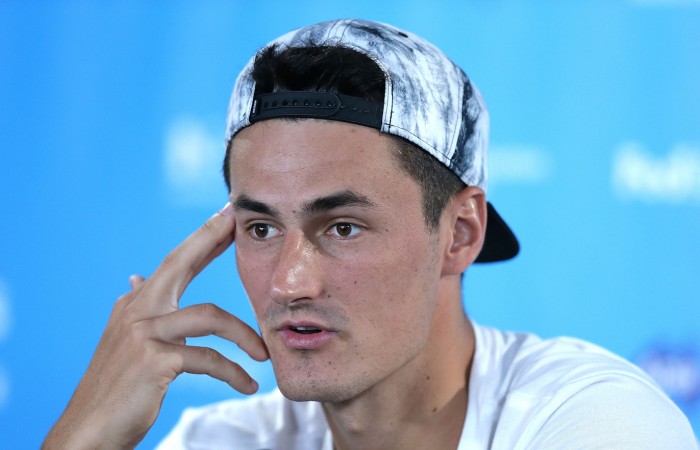 Bernard Tomic is hoping for a hot and fast start to the Australian Open as he targets a first-time charge to the quarterfinals.

Not content to live up to his seeding with a last-16 showing, Tomic wants to cash in on his career-high ranking and push deep into the second week of his home major.

As well as tough third-round defeats against Roger Federer and Rafael Nadal in 2013 and 2011, Tomic has twice before reached the fourth round at Melbourne Park and knows he has the game to succeed on the blue hard courts.

But he’s come unstuck in the past expending too much energy progressing to the second week.

“I’ve played many times here in the third round, fourth round. I would like to go that step further,” Tomic said on Sunday.

“Has a lot to do with how I play the first few matches and how much time I spend off court.

“I have to take my chances. If I can win in a quicker time, get off the court as soon as I can, that would be a favour to me.

“If I can’t, just try to win the match. But the most important thing to me, the first few rounds, is getting off the court as quick as possible if I can do that.”

At world No.17, Tomic is the highest-ranked of Australia’s 18 representatives in the singles draws and excited about the opportunities that lay ahead.

“With this position, being now being seeded (16th), it gives you that opportunity of avoiding seeds,” he said.

“It’s a good feeling. Definitely something I deserved over the last year with my results on tour in 2015.

Tomic starts his campaign against Uzbekistan’s Denis Istomin on Tuesday when the mercury is forecast to nudge 40 degrees.

“I’ve been training a lot in the Gold Coast in humid weather. I’m ready for the challenge, whatever heat it is.”