Thanasi Kokkinakis sits at a career-high world No.69 in the latest ATP Tour singles rankings, his highest position in more than seven years. 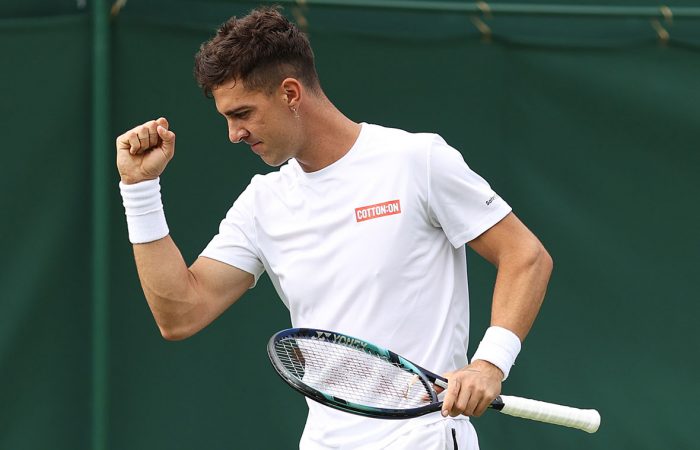 Thanasi Kokkinakis is at a seven-high high in the latest ATP Tour men’s singles rankings. The 26-year-old improves four places to world No.69 this week, matching the career-high he first achieved in June 2015.

Adam Walton is the biggest mover of the week, jumping up 174 places to a career-high world No.687. The 23-year-old recently built a 13-match winning streak and claimed back-to-back ITF Futures titles in America and Mexico.

Daria Saville is back inside the world’s top 90 in the latest WTA Tour women’s singles rankings. The 28-year-old rises three spots to world No.88 this week, marking the first time she has held a top-90 ranking since August 2019.

Alexandra Bozovic is the biggest mover of the week, rising 50 spots to world No.395. The 23-year-old recently reached her third career ITF final – and first in over four years – in Portugal.

Kimberly Birrell continues to build momentum in her comeback season, improving 36 places this week to world No.407. This is the 24-year-old’s highest ranking since January 2020.

John-Patrick Smith has returned to the world’s top 100 in the latest ATP Tour doubles rankings. The 33-year-old improves four spots to world No.97 after reaching an ATP Challenger quarterfinal in America last week.

Olivia Tjandramulia has achieved a new career-high in the latest WTA doubles rankings. The 25-year-old improves two spots to world No.126 after reaching a quarterfinal at a WTA 250 tournament in Italy last week.

Alexandra Bozovic takes biggest mover honours, rising 13 places to world No.455. The 23-year-old has built a 7-2 win-loss record competing at ITF events in Portugal over the past month, with the highlight claiming her maiden professional doubles title last week.