Australian Alexei Popyrin has been rewarded with a significant ranking rise after claiming his second career ATP Challenger title at an event in Bordeaux. 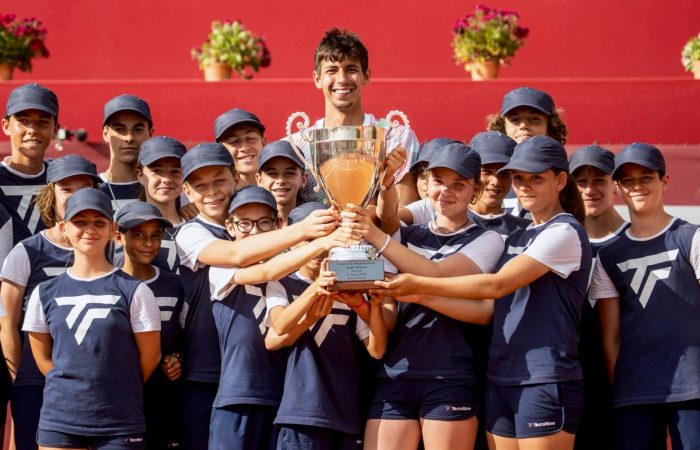 Alexei Popyrin is verging on a top-100 return after winning an ATP Challenger title in France. The 22-year-old, who scored three top-100 victories to secure his second career title at ATP Challenger level, improves 24 places to world No.103 in the latest ATP Tour men’s singles rankings.

Jason Kubler is back inside the Australian top 10 after producing a semifinal run at an ATP Challenger in Croatia. The 28-year-old jumps 13 spots to world No.161, his highest ranking since April 2019.

Li Tu, who has won 14 of his past 15 matches at ITF level, sets a new career-high this week at world No.337. The 25-year-old Tu has just captured his third singles title of the season in Tunisia.

While 21-year-old Tristan Schoolkate makes his top-500 debut this week, rising 25 spots to a career-high world No.481 after winning seven of his past nine matches at ITF level.

Olivia Gadecki is at a new career-high in the latest WTA Tour women’s singles rankings. The 20-year-old improves seven places to world No.162 this week.

Kimberly Birrell is the biggest mover of the week, rising 33 spots to world No.506 after advancing to back-to-back ITF quarterfinals.

Priscilla Hon is also making gains, improving 12 places to world No.238 after scoring a top-100 win in Germany last week.

Several Australians are at career-highs in the latest ATP Tour doubles rankings, including Nick Kyrgios and Tristan Schoolkate (who improves 17 places to world No.275).

It was a successful week for Australian men at ITF level, with three claiming titles.

World No.551 Andrew Harris captured his second career title at an ITF tournament in the Czech Republic, while world No.649 Aaron Addison won his third career ITF title – and first since 2019 – in Greece.

There were also runner-up finishes for Omar Jasika in Great Britain and brothers Adam and Jason Taylor in Italy.

Sam Stosur, who returns to the tour this week in Strasbourg, remains the top-ranked Australian in the latest WTA doubles rankings.

Alana Parnaby is the biggest mover of the week, rising 48 spots to a career-high No.287 after enjoying a title-winning run at an ITF tournament in Great Britain earlier this month.

World No.429 Kimberly Birrell and world No.384 Alexandra Osborne are also set to rise following a runner-up finish at an ITF event in Great Britain last week.