Chris O'Connell and Ajla Tomljanovic are among the many Australian players enjoying ranking rises this week. 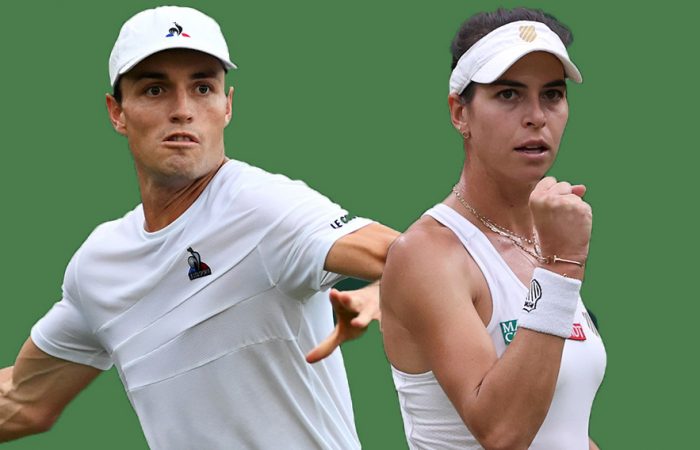 Chris O’Connell is the biggest mover inside the Australian top 10 in the latest ATP Tour men’s singles rankings. The 27-year-old rises 10 places to world No.122 after reaching his first tour-level quarterfinal as a qualifier in Atlanta last week.

Jordan Thompson who made his third consecutive quarterfinal is now the No.3-ranked Australian man, overtaking Nick Kyrgios who drops 19 ranking places this week.

Jason Kubler improves 42 spots to world No.230 after winning his first ATP Challenger title in two years, while Rinky Hijikata’s impressive form at ITF level has been rewarded with a 63-place ranking rise. The 20-year-old Hijikata is at a new career-high of No.585.

Ajla Tomljanovic returns to the world’s top 50 in the latest WTA Tour singles rankings. The 27-year-old improves one place to No.50, her highest ranking since October 2019.

Jaimee Fourlis is the biggest mover of the week, rising 17 places to world No.370. The 21-year-old has been competing an ITF events in Europe and reached a quarterfinal in Germany last week.

Marc Polmans returns to the world’s top 100 after posting his best tour-level result in four years. The 24-year-old improves 12 places to world No.99 after reaching the Kitzbuhel semifinals.

Jordan Thompson also enjoyed his best doubles run since 2017, reaching his second tour-level final in Atlanta. It sees the 27-year-old rise 51 spots to world No.198 this week.

Aleksandar Vukic jumps 375 spots to world No.553 after reaching an ATP Challenger final in Poland, while Alexei Popyrin improves 160 places to No.354 after reaching a first tour-level semifinal in Atlanta.

Olivia Gadecki is the biggest mover in the latest WTA doubles rankings. The 19-year-old, who has been impressing with her performances in ITF events in Europe, improves 14 places to a new career-high of world No.221.

Meanwhile, Jaimee Fourlis moves up seven spots to world No.178 and into the No.8 position in the Australian top 10.