Mixed fortunes for Aussies at Nottingham

Arina Rodionova and Lizette Cabrera score their first tour-level wins in more than a year, as Thanasi Kokkinakis falls just short of scoring a top-30 victory. 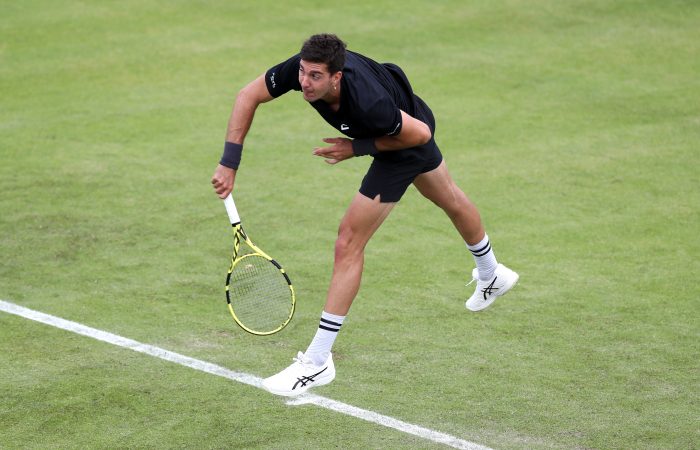 Lizette Cabrera and Arina Rodionova have made winning starts to the grass-court season, defeating higher-ranked opponents to progress to the second round at a WTA 250 tournament in Nottingham.

World No.151 Cabrera now plays world No.93 Zarina Diyas in the second round, while world No.169 Rodionova faces world No.46 Zhang Shuai.

Thanasi Kokkinakis pushed world No.27 Dan Evans in their ATP Challenger first-round showdown, falling just short of scoring a first top-30 win since July 2019. The Brit prevailed 4-6 7-6(1) 7-6(5) in a two-hour and 51-minute battle.

There was better news for Matt Ebden and Aleksandar Vukic, with both earning their main draw spots as qualifers.

James Duckworth has advanced to the final qualifying round at an ATP 250 tournament on grass in Stuttgart.

The world No.101 defeated compatriot Luke Saville in a tight two-hour battle 6-7(6) 6-4 6-4. It sets up a meeting with Belarusian Ilya Ivashka.