A stellar field is set for the Melbourne Summer Series, with world No.1 Ash Barty and Nick Kyrgios confirmed to make their first competitive appearances in 11 months. 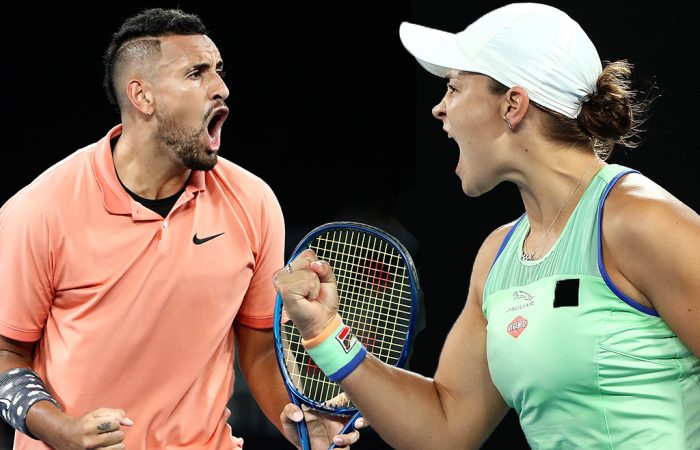 The Australian summer of tennis kicks off with two WTA 500 and two ATP 250 tournaments, featuring the world’s best players competing for more than $2.2 million (AUD) in prize money.

The tournaments will be named to recognise key regions of Victoria, as the Melbourne Summer Series and Australian Open promote the reinvigoration of the state following the challenges faced due to both bushfires and the pandemic.

Each tournament from 31 January will honour Gippsland, the Yarra Valley, Great Ocean Road and the Murray River, with Phillip Island attached to the WTA event in week two of the AO.

World No.1-ranked Barty will make her first competitive appearance in 11 months, after opting not to travel due to the COVID-19 pandemic. Last summer, the 24-year-old won the inaugural Adelaide International title and became the first local woman to reach an Australian Open semifinal since Wendy Turnbull in 1984.

Each WTA event will feature a 56-player singles draw, with the top-32 ranked players to be split across the two events, and remaining players randomly drawn.

On the men’s side, the fields have already been divided for the two ATP 250 events.

“Having 49 of the world’s top 50 women, and an outstanding men’s field commit for the Melbourne Summer Series is a huge bonus for fans and promises quality matches for players leading into the Australian Open,” said Tennis Australia Head of Major Events Cam Pearson.

“There’s no doubt this will be an historic week of tennis, and is the biggest-ever AO lead-in week we have seen in Australia. It’s an exciting prospect for fans both on site and watching around the world.

“While we know the circumstances are unique this year, it is a huge coup to secure such strong playing fields. I hope fans, whether onsite or watching at home, will embrace what will be a high quality week of events.”

To ensure the safety of all patrons on site, the Melbourne Park precinct will be split into three zones with a corresponding ticket. Further details about tickets will be released soon.

The ATP Cup will be played alongside the Melbourne Summer Series at Melbourne Park.