Australia's Astra Sharma matches her career-best Grand Slam result by advancing to the second round in Paris. 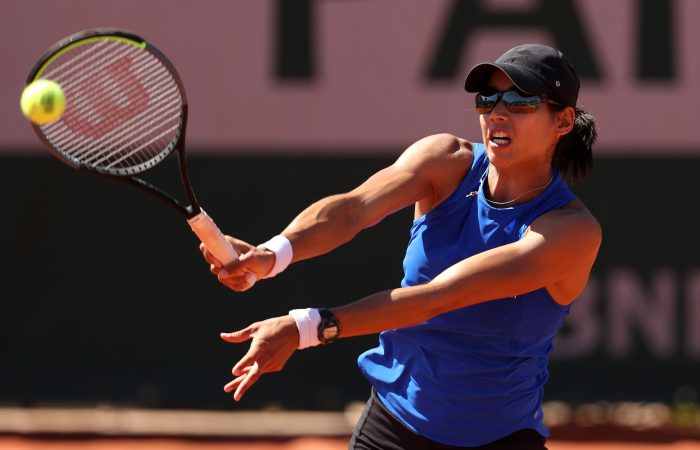 Astra Sharma is moving on at Roland Garros, advancing to the second round with an impressive 7-6(5) 6-2 victory against Romanian qualifier Irina Bara in Paris today.

The No.124-ranked Australian wildcard made a confident start, firing 24 winners in a 51-minute opening set.

Sharma continued to dictate play against the world No.122 in the second set, breaking in the sixth game to build a 4-2 lead.

From there, Sharma closed out victory after 84 minutes on court. She finished the match with 36 winners to Bara’s 16.

It matches Sharma’s career-best singles result at Grand Slam level, having also made the second round at Australian Open 2019 and Roland Garros last year.

“It’s a very special moment, it means a lot,” Sharma told media after her win.

Looking to progress to her first major third round, Sharma needs to defeat No.25 seed Ons Jabeur in her next match. It is a rematch of the Charleston final from April, where the 25-year-old from Perth defeated the Tunisian in three sets to score her first top-30 win and clinch her maiden WTA singles title.

Alex de Minaur is also through to the second round after recording a 6-2 6-4 7-6(4) victory against Italian Stefano Travaglia. The No.21-seeded Australian hit 11 aces in the two hour and 28 minute battle.

It marks the second time that De Minaur has reached the second round in Paris, matching his 2019 effort. His next opponent is world No.83 Marco Cecchinato, a 28-year-old Italian who made the Roland Garros semifinals in 2018. De Minaur leads their head-to-head record 3-2, however Cecchinato defeated the 22-year-old in the first round at this tournament last year.

World No.3 and 13-time champion Rafael Nadal spoiled a clean-sweep for the Aussies though, defeating Alexei Popyrin in straight sets.

“It was a good match and it was a really good experience,” said 21-year-old Popyrin, who was unable to convert two set points during the third set. “I think it’s his court. It will always be his court.”