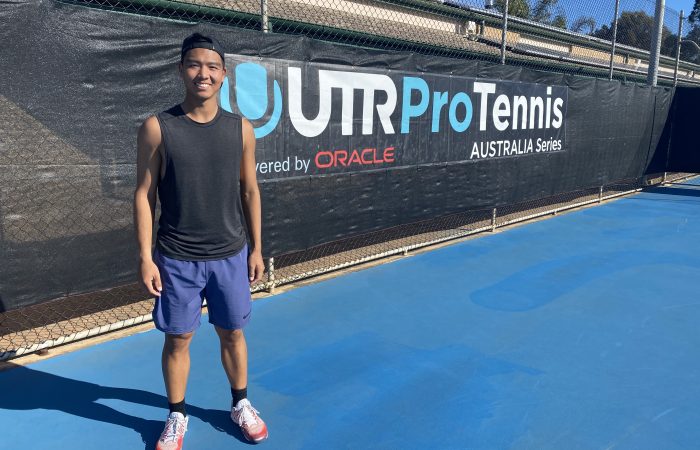 Tu started strongly, claiming a tight first set in 53 minutes. Jones then turned it around to take the second set 6-2 and level the match. Momentum remained with Jones at the beginning of the third before Tu fought back to eventually take the match.

“I thought it was a tough match, Scott’s been playing really well all week,” Tu said following the match.

“He found something in the second set and really pushed me, but I thought it was a great match, I was lucky to get the win today.

“The home crowd makes a difference. I was struggling a bit in the second and third, but I really feel like the home support got me over the line today.”

The opening set was tight with both players struggling to hold the momentum, before Bozovic claimed it in a tiebreak after just over an hour of play. Bozovic held on in the second set to take the match 7-6(2) 6-2.

“Today’s match was pretty tough with the conditions. I had to fight it out from the first point, Belinda was switched on and we had a very close match,” Bozovic said.

“This last fortnight has been amazing. The people here have been so accommodating, everyone has been very welcoming and it’s been a really great tournament.”

“We have thoroughly enjoyed having the UTR Pro Tennis Tour back in South Australia.

“Our sincere thanks to Col, Tania, Deb and the team at West Lakes Tennis Club for their efforts and hospitality over the past fortnight.”