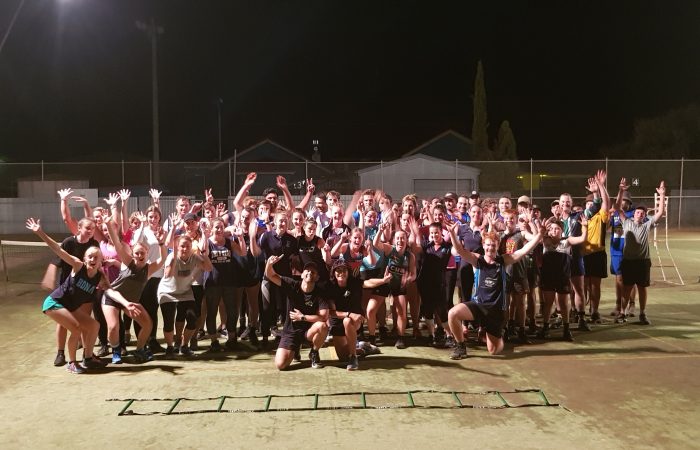 Five towns across rural New South Wales were recently treated to a visit from Australian tennis legend and former Davis Cup captain John Fitzgerald who has been on the road championing the Tennis Australia Drought Relief Initiative that saw communities rally together across New South Wales, Victoria, Queensland and South Australia.

Major General Stephen Day from the Drought Taskforce approached Tennis Australia to help out, and from here the Community Celebrations across Australia were launched.

Over 1500 kilometres were covered in the car for the New South Wales leg of the journey, as John Fitzgerald, the Tennis NSW and Tennis Australia teams made their way along the outback roads and to the drought affected towns of Warren, Bingara, Coonamble, Tottenham and Barellan.

Each town hosted their own version of a Community Celebration with activities like ANZ Tennis Hot Shots for the kids, cardio and social tennis, barbecues, face painting, music and entertainment, plus a chance for a photo opportunity with the magnificent Australian Open trophies, the Norman Brookes Challenge Cup and Daphne Akhurst Memorial Cup; helping to unite communities through the sport of tennis.

Having grown up in Cockaleechie, a small locality just north of Port Lincoln, and with relatives still running the family farm, Fitzgerald understands the importance of bringing people together through sport and supporting communities during difficult times.

“When I was growing up sport was the lifeblood of our town, and we really can’t underestimate the importance of bringing people together through sport. It plays a major role in the social fabric of the community and is so often the reason people come together.

“If we can help provide some light relief and bring people together through tennis, particularly when there is such hardship, then hopefully we can make a difference and have a positive impact on the lives of these hard working people.”

The initiative has seen hundreds of local families in rural communities come together to remind them they are not alone during times of adversity.

Through the National Court Rebate Program (NCRP) Tennis Australia can ensure community assets and infrastructure are in place to be able to bring the community together through the power of tennis. 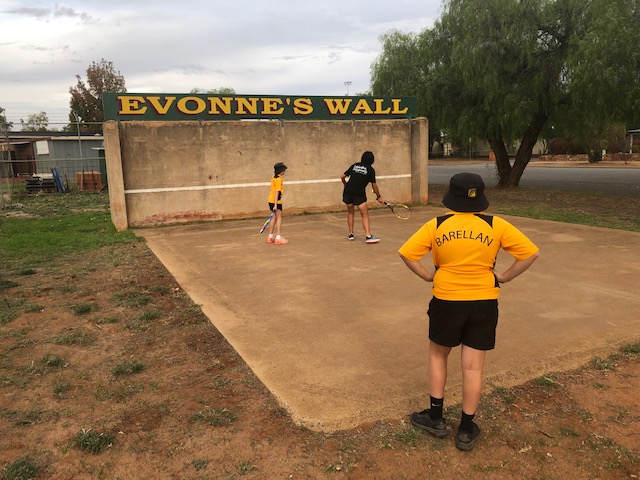