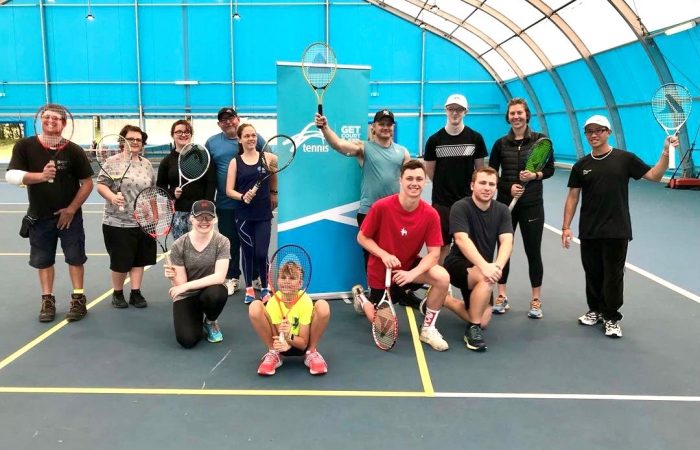 The first ever Tennis NSW tournament for players who are blind or have low vision will be held in Sydney at Netball Central this Saturday December 5.

Tennis NSW and Tennis Australia in conjunction with Blind Sport NSW and Netball NSW will host the Blind and Low Vision Tennis Tournament on Saturday December 5.

The tournament will see 18 players take part in matches at Netball Central, with the field set to include 14 players from New South Wales, and 4 players coming from South Australia.

The tournament forms a key part of the pathway for blind and low vision tennis. Under the leadership of NSW State Squad Inclusion Coach, Steve Manley, the participation in the sport has been growing significantly alongside Blind Sports NSW this year.

It is exciting to see three new club programs have started this year for players who are blind or have low vision including; Stanhope Tennis Centre City Community Tennis and Blind Sport NSW program at ACPE.

Our sincere thanks to Blind Sport NSW and Netball NSW for their support of Blind and Low Vision Tennis; the programs in place in the state are continuing to go from strength to strength.”

Tennis prides itself on being an inclusive sport for all participants, and this is just another great example of our sport and tennis community providing more opportunities for our players.