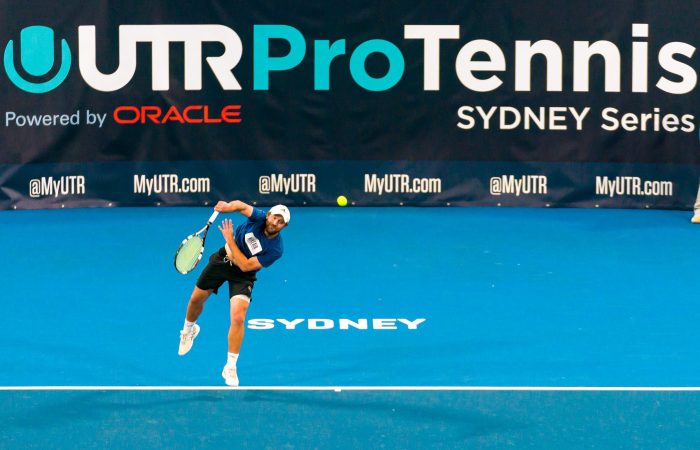 Australia’s pro tennis players will have the opportunity to compete for $450,000 prize money in a new domestic series – the UTR Pro Tennis Series.

The UTR Pro Tennis Series has featured stops in Sydney, Melbourne, Brisbane, Adelaide and Perth. The second round of events in Sydney Olympic Park are set to get underway from July 8 – 12, with first round winners Ellen Perez (Wollongong, NSW) and Max Purcell (Belrose, NSW) returning to the court.

Event organisers have worked closely with government authorities in each state to ensure strict physical distancing protocols will be in place, along with additional hygiene and safety precautions. On court personnel will be limited, with a chair umpire, minimal lines-people and no ball kids. Players will bring their own towels.

Sydney is excited to welcome Abbie Myers, Ellen Perez and Alexander Bozovic along with a range of other exciting Pro players to the state tennis centre this week on the women’s draw. The men’s draw features high caliber players including Max Purcell, Christopher O’Connell, Aleksander Vukic and Rinky Hijikata.

Fast facts:
• The UTR Pro Tennis Series is hosting tournaments in Sydney, Melbourne, Brisbane, Adelaide and Perth.
• Players will enter based on their UTR ranking available here
• The format will feature round robin matches for the first three days, followed by a finals day with all players competing for final positions
• Strict biosecurity protocols will be in place, with limited numbers allowed onsite, no handshakes, increased hygiene practices (such as encouraging handwashing and use of hand sanitiser), and players will provide their own towels.

LIVE SCORING OF ALL MATCHES