Local volunteer awarded OAM for his service to tennis 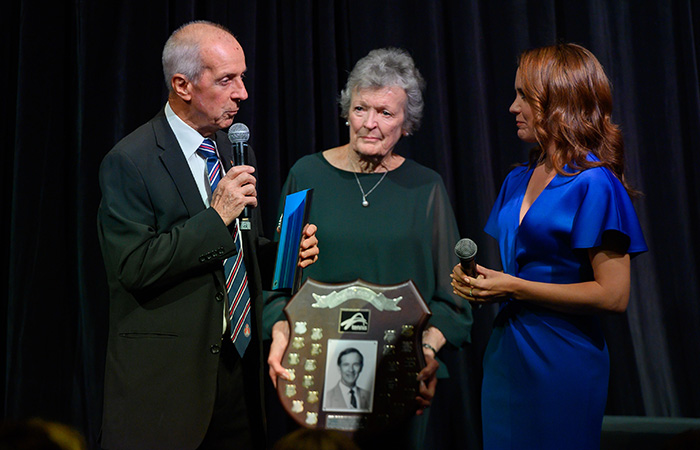 Tennis NSW would like to congratulate Dennis Sales from Nepean District Tennis Association who has been awarded an OAM for his service to tennis. Dennis recently was awarded the Jim O’Neill Lifetime Achievement Award at our TNSW Awards last year.

Dennis has given over 40 years of service as a volunteer to Nepean District Tennis Association. He was brought into the sport when his young daughters started playing and despite his daughters not continuing in tennis he decided to continue offering his support and services to the Association as a way of giving back to his community.

He’s been a contributing committee member of his association for over 30 years and has held positions including Secretary, Treasurer and for many years he served as President. His contribution to his own Association was recognised in 2007 when he was awarded Life Membership and in the period since then oversaw significant growth in the Association as it transitioned into a full management model, employing their first ever General Manager and secured over $2m in local and state government grants to help develop and upgrade the venue.

He is always willing to provide feedback and his thoughts on what his Association or Tennis NSW could do better to grow the sport, yet all the while offering support and encouragement to the juniors coming up through the system, Dennis has no doubt given great service to tennis in NSW. Congratulations once again Dennis.