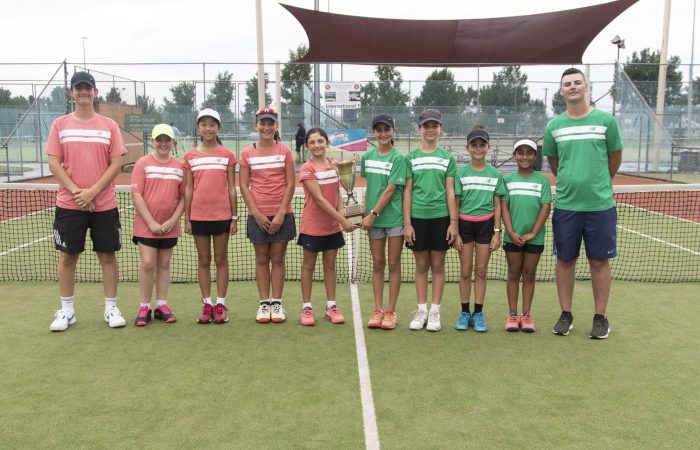 The 2019 NSW 12/U State Teams Championships were held at Bathurst Tennis Centre over the weekend, with 96 participants from all seven NSW regions, as well as the ACT taking part in the two-day event. Players went head-to-head in their pursuit of the Jan O’Neill Cup (Girls) and Tony Roche Cup (Boys).

The State Teams Championships aim to replicate the team-based elements of the Davis Cup and Fed Cup, with each of the teams having an on-court team manager for the duration of the weekend. This was a unique opportunity for players to receive advice during change of ends, where coaches could help their players through any difficult moments they had on court, as well as help with technique and game play.

Over the weekend, with the feedback of the team managers, we provided individual awards based on our three key attributes; Compete, Commit and Respect. It was pleasing to receive so many nominations from the managers, which goes to show the great behaviour and positive attitudes displayed by all participants throughout the weekend.

A special thankyou to Andrew and Fran Mitton and the team at Bathurst for their hospitality, as well as helping source some team managers for our metropolitan teams. Each of the Team Managers were a pleasure to work with and we hope to see them at future Tennis NSW Events.

Many thanks to our Referee for the weekend, Trevor Drury, who did a fantastic job ensuring that everything ran smoothly.

Unfortunately rain got the better of us on Sunday afternoon, meaning most of the playoff matches were incomplete. The Jan O’Neill Cup went right down to the wire, with both teams still at chance of winning when rain caused play to be abandoned. The Tony Roche Cup also was closely fought, with Metropolitan Magic defeating ACT Velocity. Final Standings of the weekend are listed below.