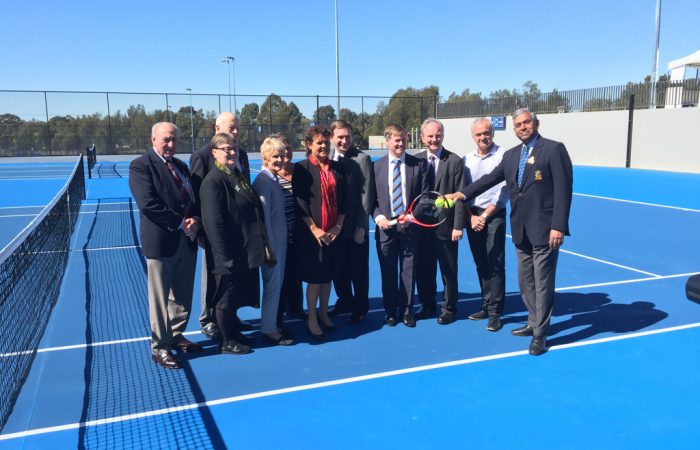 Tennis legends Evonne Goolagong-Cawley, Lesley Bowrey and Wally Masur were on hand to open the new $16 million Blacktown Tennis Centre at Stanhope Gardens over the weekend.

The centre boasts 16 plexicushion courts, including an exhibition court with spectator seating for 228 people, as well as a new change rooms and an administration building.

Tennis Australia Director of Participation, Paul Cammack told the Blacktown Advocate the centre would be a showcase for tennis in the region.

“The facility has been built to cater for everything from local competitions right through to Davis Cup-type events,” he said.

“So it will provide amenity to the existing visitors of Blacktown Leisure Centre and access to the wider community as well.”