Australia is strongly represented in the US Open 2021 men's and women's doubles draws. Find out who our Aussie contenders play in the opening round ... 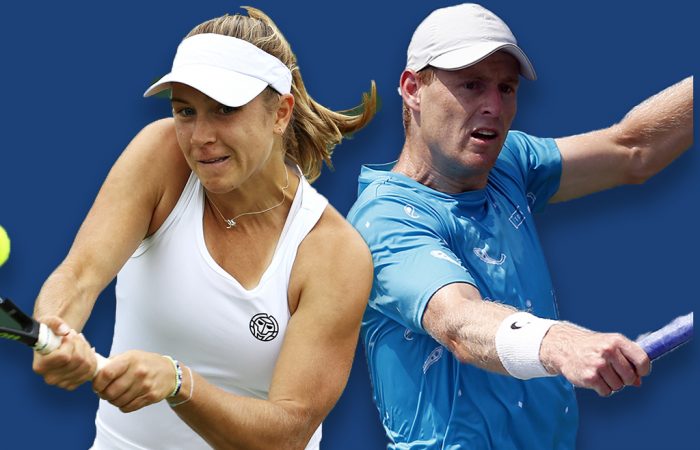 The draws for the US Open 2021 men’s and women’s doubles events are set – and they feature 19 Australian players.

There are 12 Australians competing in the men’s doubles competition.

John Peers and Slovak partner Filip Polasek are the No.8 seeds and begin their campaign against British duo Luke Bambridge and Ken Skupski.

While at least one Australian winner is guaranteed when all-Aussie combination Alex de Minaur and Matt Reid face compatriot John Millman and Brazilian Thiago Monteiro in the opening round.

Two players – Alexei Popyrin and James Duckworth – are making their US Open doubles debut. Popyrin is teaming with American Tommy Paul, while Duckworth is partnering fellow Australian Jordan Thompson. Both play seeded opponents in the opening round.

Seven Australians are competing in the women’s doubles competition.

Wimbledon semifinalists Storm Sanders and American Caroline Dolehide are the No.10 seeds, while recently crowned Cincinnati champions Sam Stosur and China’s Zhang Shuai are the No.14 seeds.

Stosur is a former champion in New York, winning the US Open women’s doubles title alongside American Lisa Raymond in 2005.

Ellen Perez and Czech partner Kveta Peschke are also seeded at No.16.

The US Open begins today in New York (with play from 1am AEST on Tuesday 31 August).