Ash Barty faces many challengers in her quest to become the first local AO champion in over 40 years, with other Australians also set difficult first-round assignments. 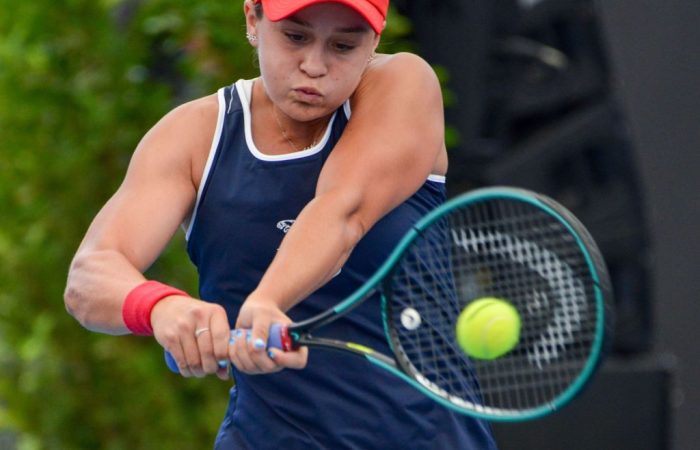 Ash Barty will begin her Australian Open campaign against Ukrainian world No.120 Lesia Tsurenko and should comfortably progress through the first week at Melbourne Park.

But then the world No.1’s path to Open glory could become treacherous.

Barty may have to beat her 2019 Wimbledon slayer Alison Riske, Petra Kvitova, who dumped her from the quarterfinals last year, and defending champion Naomi Osaka or seven-time winner Serena Williams in successive matches to make the title decider.

The men's and women's singles draws are complete:

Grand Slam draws, though, rarely pan out as predicted and Barty will be focusing solely on her opener against Tsurenko on Monday.

The Ukraine was ranked as high as 23rd in the world after reaching the 2018 US Open quarter-finals.

If she progresses, Barty – who repeated her 2019 French Open triumph over Marketa Vondrousova to storm into the Adelaide International semifinals –will play world No.44 Rebecca Peterson or the 48th-ranked Polona Hercog in the second round.

World No.36 Elena Rybakina is her projected third-round opponent, with world No.14 Petra Martic or 18th seed Riske – who abruptly ended Barty’s 15-match European winning streak last July in London – likely to be lying in wait in the last 16.

Barty potentially faces Kvitova in the quarters and Osaka or Williams in the semis, with world No.2 Karolina Pliskova heading up a softer bottom half of the draw also featuring Wimbledon champion Simon Halep.

With Alex de Minaur forced to withdraw through injury, Kyrgios will be Australia’s top men’s hope when the season’s first Grand Slam begins on Monday.

Seeded 23rd, Kyrgios’s first big test is likely to come against Russian star Karen Khachanov in round three and the former quarterfinalist could run into world No.1 Rafael Nadal in the round of 16.

Young gun Alexei Popyrin, who made the third round last year, has a tough opener against former finalist Jo-Wilfried Tsonga.

Marc Polmans meets Mikhail Kukushkin and Alex Bolt, who was also awarded a wildcard following his charge to the last 32 in 2019, plays Spaniard Albert Vinolas Ramos.

Other highlights of the draw included six-times winner Roger Federer landing in the same side as seven-times champion Novak Djokovic and Venus Williams plucked out to meet 15-year-old American sensation Coco Gauff in a repeat of their 2019 Wimbledon opener – which the teenager won before reaching the fourth round.

Who the Aussies will face in the Australian Open 2020 first round: