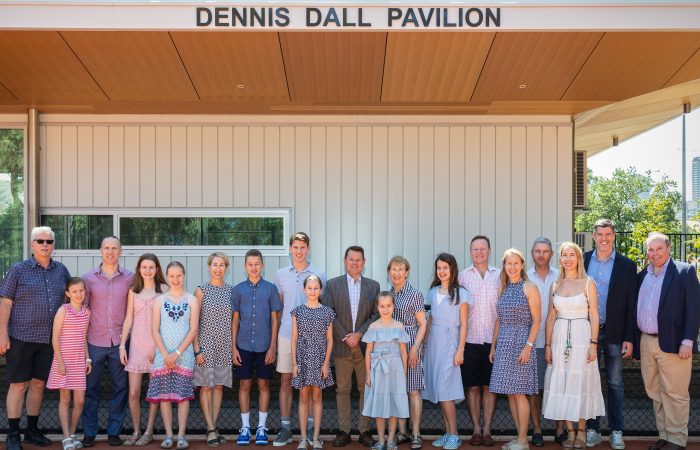 Involved in tennis for many years as both a player and administrator, during his time as President, Dall oversaw the restructure of the sport in South Australia including the establishment of Tennis SA and the Memorial Drive Tennis Centre.

Dall passed away in 2009, following a battle with illness.

“Dennis was the first President of Tennis SA following its formation in 1996 and led the team at a time of significant change for tennis in South Australia,” said Tennis SA President Kent Thiele.

“It is wonderful to have had Dennis’ immediate family members here today to be a part of this naming ceremony and today’s announcement will ensure that he is remembered for many years to come.”