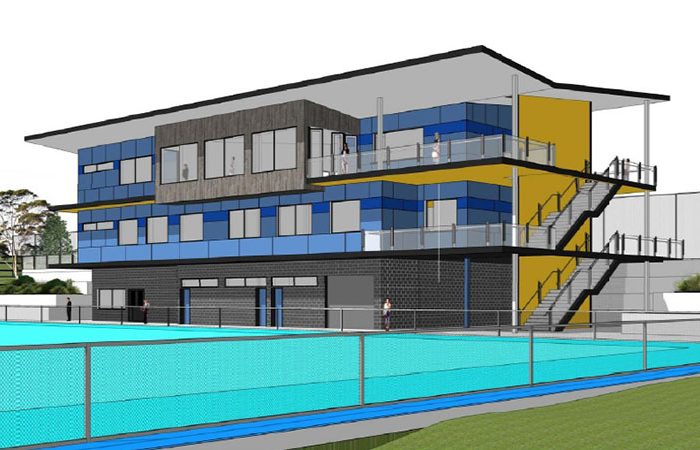 In February this year, the City of Holdfast and Seacliff Tennis Club celebrated the official opening of 12 new tennis courts at the Kaui Parade Sporting and Community Precinct. Still in progress is the three-storey Kauri Community and Sports Centre Building which should be completed in December 2016.

Supporting the two-year project at a cost of $4 million, the Tennis Australia National Rebate Scheme contributed $45,000 along with grants from the State Government (Office of Recreation and Sport) and Commonwealth Government through the Community Development Grant programme.

As a result of the new courts, Paul Starrs (President of Seacliff Tennis Club) says he’s “pretty impressed with how the courts have turned out and delighted with the increased inquires coming from coaches, players and clubs wanting to hire the courts. We can’t wait for the new clubhouse to be finished, which is sure to result in some further growth in our membership”.

In addition to the new tennis courts, the redevelopment also includes open space and structured sporting facilities to a number of sporting, recreation and community groups. Including: hockey, netball and a music club.