There are 15 Australians entered in the Wimbledon 2021 doubles competition. Find out who they play in the opening round ... 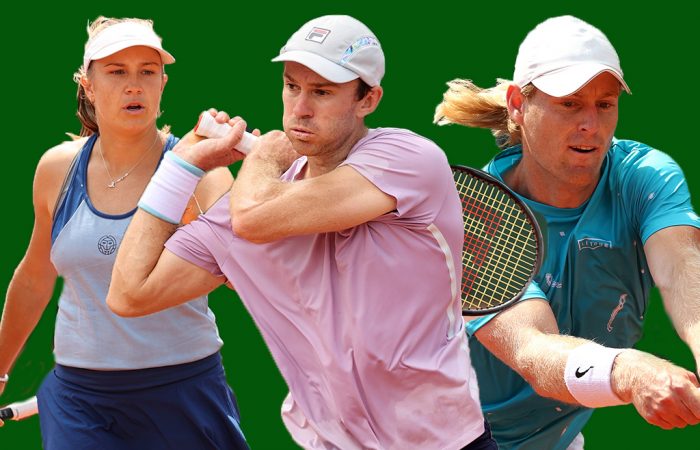 The draws are set for the gentlemen’s and ladies’ doubles competitions at Wimbledon 2021.

Peers is Australia’s top-ranked doubles player at world No.24. He is partnering Davis Cup team-mate Thompson after a recent split with New Zealand’s Michael Venus.

Matthew Ebden and John-Patrick Smith, who were Australian Open quarterfinalists and made an ATP Challenger doubles final on grass earlier this month, play Venus and his new partner Tim Puetz in the opening round.

In total, there are six teams featuring Australian players in the 64-team draw.

There are five teams featuring Australian players in the ladies’ doubles draw.

Sam Stosur, a three-time Wimbledon doubles finalist, is teaming up with American Coco Vandeweghe. They face Russian Anna Kalinskaya and Kazakhstan’s Yulia Putintseva in the first round.

Storm Sanders also has an American partner, playing with Caroline Dolehide. The recent Nottingham finalists have been pitted against Slovenia’s Kaja Juvan and American Ann Li in the opening round.

Ash Barty, the top-ranked Australian woman in doubles at world No.30, has not entered.

This makes Ellen Perez, who is partnering Russian Daria Kasatkina, the highest-ranked Aussie in the draw. The world No.49’s first-round opponents are No.12-seeded American duo Coco Gauff and Caty McNally.

The Wimbledon singles draws were also announced earlier today, with several of our Aussie players pitted against top-ranked opponents.