Clubs and Volunteers of the Month – June 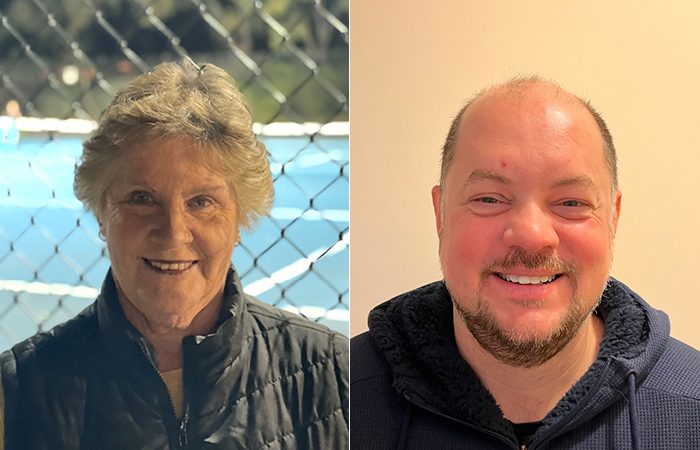 Littlehampton Tennis Club, located in the Anembo Sports Park, features 12 courts under lights allowing for competition, coaching and social play all year round.

Court resurfacing at the venue was completed over the previous Christmas which has allowed the facility to remain as one of the premier high standard venues in the Hills area.

The club’s Night Tennis competition has also recently expanded to two nights a week with 10 teams competing on Tuesdays and a further 6 on Wednesdays.

As well as this, the club recently conducted their first inter-club tournament with Murray Bridge Lawn with matches being played over multiple weekends at both venues. This was very successful and enjoyable for both juniors and seniors that competed.

On top of that, Littlehampton Tennis Club has numerous teams at both senior and junior levels, competing in the previous in the Hills Tennis Association as well as multiple senior teams currently entered in the Winter Pennant competition.

The club has a strong and dedicated committee that are always looking to grow the club as well as grow tennis in the Hills area.

Succeeding in receiving funding from Federal Government, Office for Recreation, Sport and Racing and Campbelltown City Council, Athelstone Tennis Club has opened their new clubrooms in December 2021. The clubrooms are well utilized every night of the week, and you will often see internal tournaments being run on Sunday’s allowing the families of our junior players to gather and enjoy their new facility while sharing a BBQ.

Thanks to more volunteers putting their hand up to be involved and help maintain the club, Athelstone has witnessed a huge change in the way their club is run.

The club credits head coach Peter Clark, insisting they would not have survived over the years without him. His skills and expertise with coaching the junior players sees over 20 of our players involved in Tennis Australia/ Tennis SA programs.

With a new clubroom for people to enjoy, and the success of a number of their junior girls, there has been a huge growth in the players joining the club with many young up and coming stars coming through the ranks.

Reuben Bird has been the President of the Littlehampton Tennis Club for the past year since joining the club 2 years ago. He currently plays Night Tennis at Littlehampton a competition which has recently expanded to running two nights a week. He has also previously played Men’s Traditional in the Hills Tennis Association.

As the President, he is the focal point for all communications within the club and is using his position to help guide the committee members to achieve the club’s keys goals. Their primary goal is to always look to help improve the club and help tennis grow in the Hills area.

Reuben’s favourite aspect of volunteering is the opportunity to work with likeminded individuals who are looking to make the club as successful as possible and help contribute to the already strong culture that is making the club thrive.

For anyone looking to volunteer with their local club, Reuben believes although it is obvious advice, take the plunge and do it. While there is work involved, it is incredibly fun as well as very satisfying seeing your hard work rewarded in making your club successful.

Residing as the Club Secretary of Athelstone Tennis Club, Christine Connolley is instrumental in keeping the club in line. Anything that needs doing, Christine is always the first to put her hand up to help.

Christine has been playing at the Athelstone Tennis Club for approximately 30 years. It was no surprise when she joined the committee 3 years ago, demonstrating her passion and commitment to her club in all the work she does.

Christine has been described as an amazing asset to the club, and for many years prior to being on the committee she would never say no when they needed help, even if that extended to running the Bunnings BBQ’s fundraising events.

A lover of the sport, Christine still plays mid-week ladies’ competitions, and often travels away to compete in tournaments.