VOLUNTEERS AND CLUBS OF THE MONTH – NOVEMBER 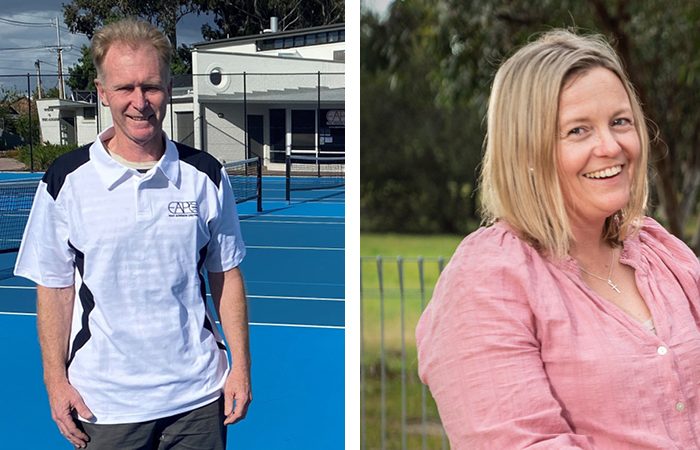 Succeeding a welcoming and inclusive club that is passionate about growing, East Adelaide Payneham Tennis Club has been recognized for their hard work as of late.

With their dedicated club committee volunteers consistently working hard to maintain the club combined with their willingness to try new ideas and concepts, it’s no wonder the club’s desire to be sustainable and inclusive has been so successful.

As a direct result of their efforts, the club’s coach has seen a vast growth in numbers, and has since been able to build a new squad of juniors.

Since having their new courts finished in January, the club have seen growth participation numbers across competitions, social tennis and general public hire (Book a Court).

The installation of Book a Court has seen an increase of revenue for court hire, which exceeding all expectations in terms of revenue.

Located in Bordertown in the State’s east, the Association boasts 12x hardcourts in the beautiful Memorial Park complex.

The Association has a rich volunteering culture all of whom are committed to providing quality sporting opportunities for their entire community.

“I chose to become more involved on the committee and other roles as clubs only run through volunteers offering their skills and time, so if all 3 of my children are involved, I think I should help in some way.”

Jodie, like many volunteers, stepped into the role when another long-term volunteer was seeking to lighten their own load after holding office bearer roles for quite some time.

“I get a great feeling of satisfaction seeing the young players on court light up when they place a shot well, learn a skill they didn’t know they could accomplish and especially when I see them laughing with their friends or playing air guitar with their tennis racquet.”

Jodie Wegener, a local teacher and devoted tennis mum, is Tennis SA’s Regional Volunteer of the Month for November 2021.

Jodie has been involved with tennis for 9 years and has 3 years ago stepped in to take over the Junior Secretary and Competition Coordinator role at the Tatiara Tennis Association.

“I’ve never played tennis but know it’s a great sport to be involved in and in our area, a very social sport. I also enjoy watching the Grand Slam tennis and the way many of the players are so graceful and humble in their off-court manner which sets a great example for younger players.”

Jodie was also an integral part of the Bordertown Hitting Wall project in partnership with Tennis Australia where the Association’s hitting wall was transformed into an art mural for the benefit of the entire Bordertown community.

“We feel so grateful that Tennis SA and Tennis Australia have focused on our club and town given that we are a small town in a region far from Adelaide. The wall was a hit with all of the kids and they all had such a great time at the opening.”

The opening event coincided with the Association’s first junior coaching session of the season where Jodie coordinated a group of more than 60 keen tennis stars, in conjunction with a group of parent volunteers.

“I am quite humbled by this nomination as I don’t do this for the acknowledgement, just so my kids and others in Tatiara region can have a go at playing tennis. The Tatiara Tennis Association and the Tatiara Junior Tennis Committee both past and present are a big part of this nomination and I can’t thank them enough for their support.”

Involved in the East Adelaide Payneham Tennis Club for eight years across a variety of roles, Phillip Matulick brings a wealth of both responsibility and passion to the club.

During his 5 days a week spent volunteering at the club, Phillip responsivities know no bounds. Chairing committee meetings, hours spent cleaning and maintaining the courts, communication to external and internal stakeholders and managing the financial aspects of the club are just a peak into Phillip’s roles.

The Court Rebuild project has been a stand-out achievement for both Phillip and East Adelaide Payneham Tennis Club, as they notice positive changes to the club as a direct result.

Phillip describes his favourite aspect of being involved in the club as simply “playing tennis”. Playing since 8 years old, Phillip has always been around tennis and still enjoys playing both competitively and socially.

The team culture and watching teams play within a supportive atmosphere makes it all worthwhile for Phillip.