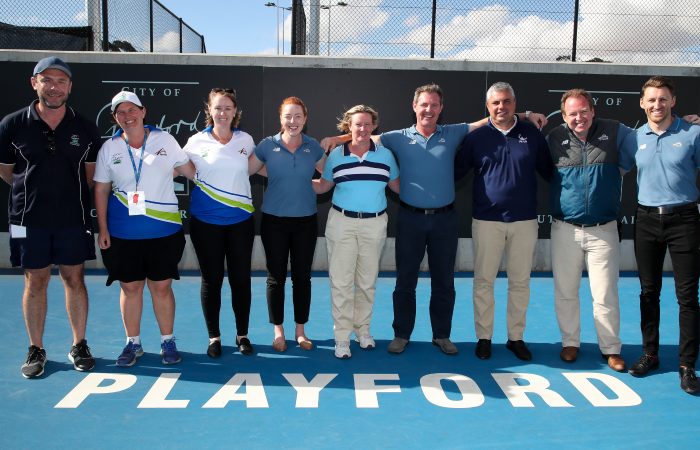 After an incredible week at the City of Playford Tennis International II, it is time for us to thank the team who worked tirelessly behind the scenes to make the tournament possible.

Firstly, to our major sponsor, the City of Playford. It is wonderful to work with a team who are so passionate about this event and ensure that it goes from strength to strength each year. To all of the City of Playford staff who have played a part in this event, thank you for helping us to bring this tournament to life.

Thank you to the event sponsors – Kanga, Academy Services, North East Isuzu, Terry White Chemmart, Mawson Lakes Hotel and Function Centre, Plumbing and Pipeline Solutions and TIA Consulting. We thank you for your support, we could not stage this event without you.

We would like to extend a huge thank you to our lead team of staff and officials:

To the teams from TennisGear and Playford Tennis Club, thank you for your support of the tournament, for the long hours you have pulled behind the scenes and for allowing us take over your venue, we really appreciate it.

We would also like to thank our Officials, Ballkids, Player Services, Court Services and Venue Operations, Transport Services and various other volunteers who were a part of the tournament. We really hope you have enjoyed being on the team and we simply could not do this without your support.

To all of the athletes who have participated in this year’s tournament. Thank you for providing us with such fabulous tennis over the course of the week. It has been a pleasure to have you be a part of the tournament and hope that you have enjoyed your time here.