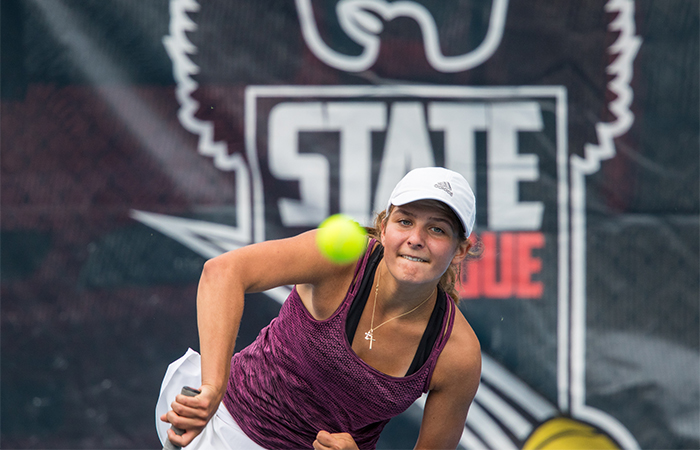 In round 2 of State League East Adelaide Kings defeated Glenlea Gator’s 4 rubbers to 2. After splitting the singles 2 rubbers a piece with strong performances from Edward Winter and Josh Boots for Glenlea as well as a strong showing from James Calder from East Adelaide. The Kings proved to be too strong however and were able to pull away winning both doubles to secure the victory.

Seacliff put in a strong showing defeating Tea Tree Gully 5 rubbers to 1. Seacliff were able to capture all four of the singles including a 3 set thriller that saw Sam May narrowly defeat Steven Sando. The doubles were then split with both teams winning competitive matches.

The Drive were dominant in a 6 rubber to 0 victory over Coromandel Valley with Joel Scalzi and Terry Karahalios both with strong performances in their singles and doubles winning both comfortably. Kenta Nakamura was able to defeat Sam Sanderson coming from a set down to win in 3. Kenta and Sebastian Flock were then able to consolidate in a tight doubles match to round out the victory.

Trinity Gardens won their first match of the season with a 4 rubbers to 2 win over Broadview. Callum Gale and Andrew Tavella got Trinity off to the perfect start winning both their singles comfortably. However, Kabir Manrai was able to pull one back for Broadview besting Charles Nicholas in 3 sets. However, this would not be enough as Scott Hughes from Trinity won the final singles in 3 sets and Broadview was able to capture only one of the doubles matches ensuring the victory for Trinity.

In the State League Women’s competition EAP and Glenlea played the match of the round with EAP narrowly edging out Glenlea by 3 games. Amber Marshall started the day’s play with a close 3 set win over Olivia Ley. Marie Bonnin and Isabella Ryles were able to win two singles for Glenlea before Juliette Robinson won the final singles match to even the score at 2 rubbers a piece. The Doubles matches were split one per team and due to games won EAP were just able to defeat Glenela in a closely fought match.

Kingswood proved too strong for Denman winning 4 rubbers to 2 to capture their second victory of the season. Jasmine Adams and Cydney Crumbie won their singles strongly to start the day well for Kingswood. Ebony Harper and Jessica Glavas though were able to win both their singles to even up the match heading into doubles. However, Kingswood would be too good and win both doubles matches comfortably to secure the match.

Seaside were able to overcome The Drive 4 rubbers to 2. Natasha Russell was able to win a tough first match against Melissa Beadman and was supported by Tully Richter and Georgia Plunkett who were both put in a strong display in their singles. The Drive was able to win a singles through Alana Repanich and the first doubles match to put pressure on Seaside. However, Seaside remained composed and captured the second doubles and held on to the victory.