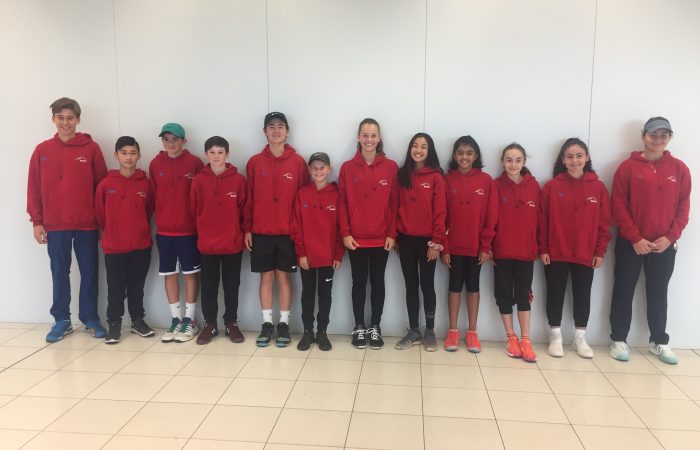 Tennis SA is thrilled to announce the 11/u and 13/u teams set to compete in the Australian Teams Championships being held at KDV Sport in Carrara, Queensland starting tomorrow, Sunday 30 June 2019 to Thursday 4 July 2019.

South Australia has an impressive history in the event, with the likes of Alicia Molik, Thanasi Kokkinakis and Luke Saville having represented the state.

South Australia begins the tournament as reigning champions for the Sproule Stephens Cup, after the 14/u boys’ team consisting of Ralph Catipay, Alexander Despoja, Doni Gashi and Edward Winter claimed the title in 2018.

The Australian Teams Championships will be played as the sport enjoys a spike in profile following Ash Barty’s rise to the top of the world rankings and winning her maiden Grand Slam singles title at the French Open.

“South Australia has had great success in this event in the past, including winning the Sproule Stephens Cup in 2018. We are looking forward to a fantastic tournament in Queensland and we wish our players the best of luck.”

“This tournament is a great opportunity for our players to represent their state on a national level,” said Tennis SA CEO, Steven Baldas.

“Our teams should be extremely proud of themselves and we wish them the very best for the week ahead.”