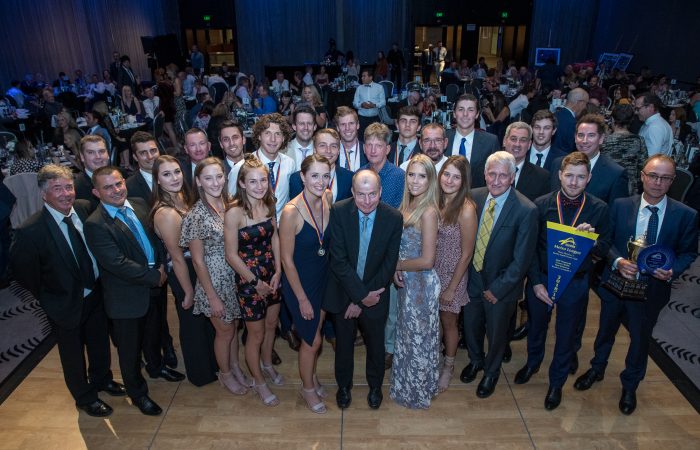 Somerton Park (City/Hills) and Renmark Tintra Lawn (Rural) have been announced as South Australia’s Most Outstanding Tennis Clubs in 2019.

The awards were presented at the Tennis SA Awards Dinner, held at the Hilton Adelaide, in front of 250 attendees on Saturday night.

Following a strong focus on junior participation in recent years, Somerton Park Tennis Club has created a pathway to support and give opportunities to players at all levels. The club is also home to the South Australian Blind Tennis Program, claiming the Most Outstanding Inclusion Program award earlier in the evening.

“We are thrilled to have been announced as the Most Outstanding Tennis Club for the City and Hills,” said Somerton Park Tennis Club President David Thomas.

“We have put an enormous focus on growing the club through ANZ Tennis Hot Shots and to see that work paying off is so rewarding.”

“A huge thank you to our committee, coaching team and club members for their constant support and commitment.”

For Renmark Tintra Lawn Tennis Club, this award sees them take home their first Most Outstanding Tennis Club title after being a finalist in 2018.

The club prides itself on being dynamic, progressive and inclusive, offering a wide range of programs for the community.

“We are so honoured to have won the rural award for Most Outstanding Tennis Club,” said Renmark Tintra Lawn Tennis Club President John Pick.

“It is a huge team effort and wouldn’t be possible without our dedicated committee and members who we would very much like to thank.”

East Torrens Kensington Gardens, Greenacres and Rostrevor were contenders for the City/Hills accolade, whilst Crystal Brook, Two Wells District and Victor Harbor were finalists in the rural category.

The Tennis SA Awards Dinner celebrates players, coaches, clubs, schools, communities, volunteers and officials for their service to the sport in South Australia.

The City of Marion won the award for Most Outstanding Council or Government Department, while Sam von Einem (Glengowrie, SA) was announced as the Most Outstanding Player with a Disability for the third year running.

“Our wholehearted congratulations to all of the award winners and finalists for their tireless work and efforts in our sport.”

Most Outstanding Council or Government Department
City of Marion