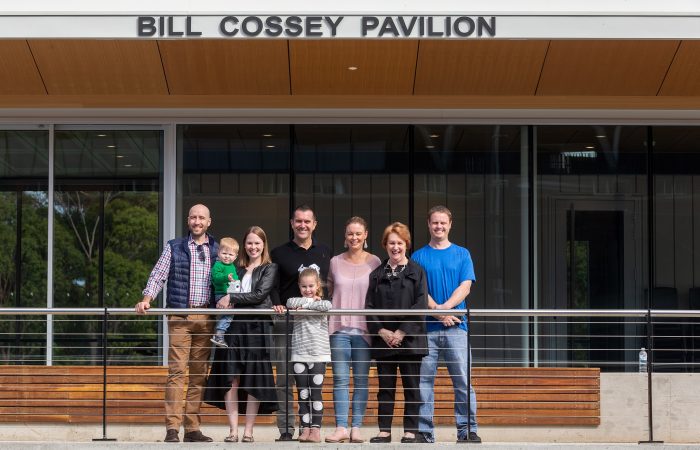 A pavilion at the Memorial Drive Tennis Centre was named in honour of late Tennis SA President Bill Cossey AM this week.

A tireless club volunteer in various capacities, Cossey spent 19 years as a member of the Tennis SA Board including 10 years as its President. He also served at the national level with a three-year term as a Tennis Australia Board Director. In May 2016, he was awarded a Tennis SA life membership.

During his time as a Director, Vice President and President, Cossey made a significant contribution to the game of tennis in South Australia and across the nation. This included: overseeing the launch of the World Tennis Challenge, leading the implementation of the Member Affiliation model as a pilot for Australia and his involvement in the growth of ANZ Tennis Hot Shots. More recently he was responsible for creating the vision for the redevelopment of the Memorial Drive precinct.

Cossey passed away in July 2017, following a short battle with illness.

“Given Bill’s involvement in the vision for the redevelopment of the Memorial Drive precinct, it is fitting that the first of our pavilions be named in his honour,” said Tennis SA President Kent Thiele.

“Bill was an instrumental leader for South Australian tennis and this announcement ensures that his name and legacy will live on for years to come.”

The second pavilion (situated on the corner of Montefiore Road and War Memorial Drive) will be named in late 2019.