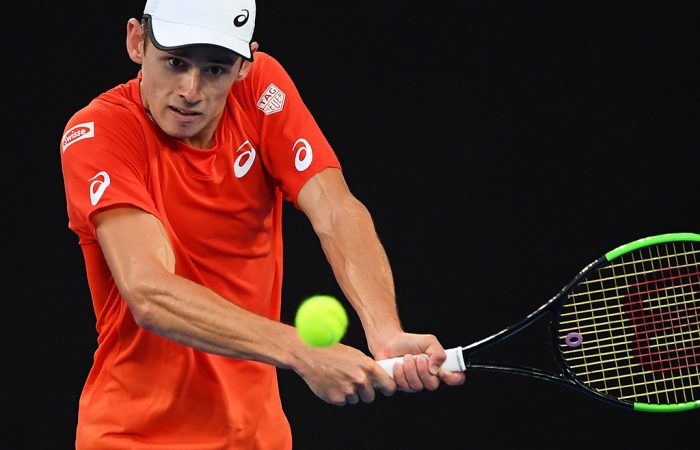 Australia’s Alex de Minaur will lead the Aussie charge at the upcoming Davis Cup by BNP Paribas Qualifier between Australia and Bosnia and Herzegovina on hard court at Memorial Drive in Adelaide next week from 1 to 2 February 2019.

De Minaur’s nomination caps off a huge 12 months having risen up the rankings from 208 to 29 and winning his first ATP title in Sydney a couple of weeks ago.

Nineteen-year-old Popyrin has been named as the fifth player in the team and travels to Adelaide after delivering a career best showing at the Australian Open last week.

In only his second Grand Slam appearance, the newcomer defeated Mischa Zverev and world No.8 Dominic Thiem before succumbing to No.28 seed Lucas Pouille.

Alex Bolt, 26, who hails from Murray Bridge in South Australia, will also head to Adelaide for the qualifying tie.

Bolt recorded his best Grand Slam result in Melbourne defeating wildcard Jack Sock and No.29 seed Gilles Simon in five sets before going down to world No.4 Alexander Zverev in the third round.

Australian Davis Cup captain Lleyton Hewitt said the team were looking forward to building on the results of the last couple of weeks in Adelaide.

“De Minaur has had an incredible start to the year winning his maiden ATP title in Sydney and making the third round of the Aussie Open,” Hewitt said.

“Popyrin showed us he can match it with the top players and it was pleasing to see him do so well in only his second appearance at a Grand Slam.

“John Millman and Jordan Thompson will bring experience to the team as will John Peers who is contesting his ninth Grand Slam men’s doubles quarterfinal tomorrow.

“It’s great to also bring Alex Bolt along to Adelaide after his impressive run last week.

“Our focus will now shift towards preparing for the tie and as a team we’re excited to bring Davis Cup tennis back to Adelaide for the first time in 15 years,” Hewitt added.