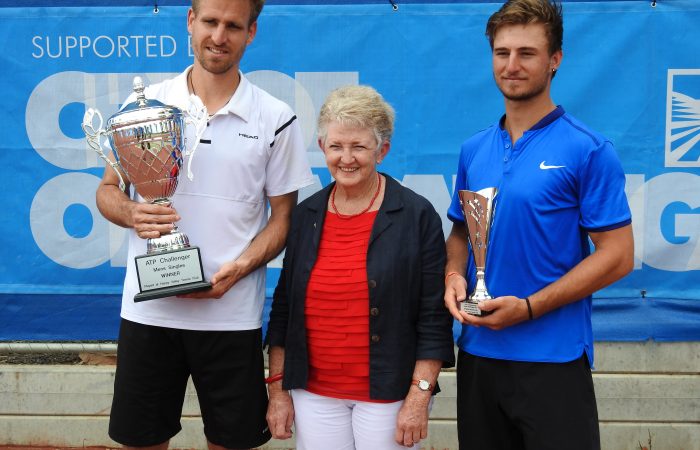 Day 9 was a stunning day for the finals of the City of Onkaparinga Tennis Challenger 2017.

Top seeds Hans Podlipnik-Castillo (CHI) and Max Schnur (USA) took a tight opening set in the doubles 7-6(5), before the Steven De Waard (Qld) and Marc Polmans (Vic) took the second 6-4 to level it at a set a piece. Podlipnik-Castillo and Schnur claimed the match tiebreak to take home the title, 7-6(5) 4-6 10-6.

Our sincere thanks to Happy Valley Tennis Club and to all who have been a part of the tournament over the past week, we really appreciate your support.