From career-best runs to early exits, our Aussie players experienced mixed fortunes at Roland Garros this year. Regardless of results, there are always important lessons to learn. 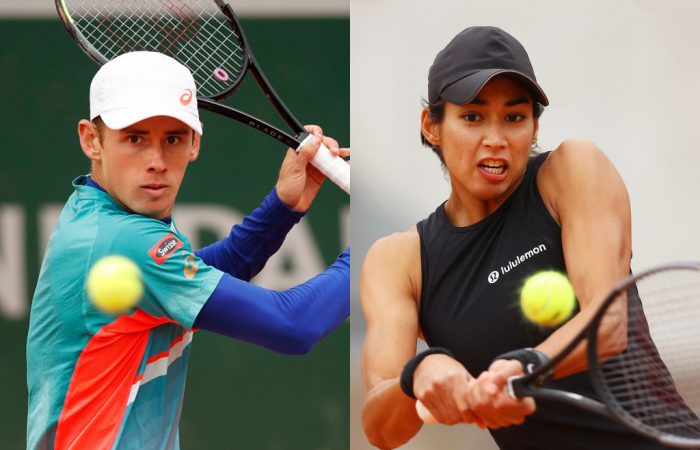 Among the highs and lows of the clay-court swing for our Aussie players, there have also been many valuable lessons.

Players of all ages and abilities can learn from the examples they set. So next time you take to the court, don’t forget it is important to …

After a year sidelined with injury, Daria Gavrilova exceeded her own expectations in her return.

The former world No.20 is excited to be back on court – and it showed in her results.

“I was very hungry and I was really enjoying every moment,” Gavrilova admitted of her renewed motivation.

It helped the 26-year-old score her biggest Grand Slam win in three years, defeating No.24 seed Dayana Yastremska in the opening round in Paris.

MAKE YOUR OWN PATH

Now set to rise to a new career-high ranking, the 24-year-old is proving that there are many different pathways to success.

Vukic has taken a long-term development focus in his career, opting to play US college tennis rather than turn professional as a teenager.

Marc Polmans took advantage of a lucky loser place in the Roland Garros men’s singles draw, scoring a career-best win over world No.38 Ugo Humbert in the opening round.

The world No.122 then pushed world No.19 Cristian Garin to four sets in the second round, demonstrating he can mix it with the world’s best players.

“When you get a bit lucky, you take your opportunities,” the hard-working Polmans said.

“Now I can build on this and push that ranking towards the top 100. My coaches have been telling me my game is there. Now it’s up to me to believe that – and I do.”

Astra Sharma also enjoyed a career-best run in Paris, making the most of a lucky loser spot too.

The world No.134 was fearless when facing higher-ranked opponents. She upset No.59-ranked Anna Blinkova in the opening round, before No.27-seeded Ekaterina Alexandrova ended her winning run.

Sharma recognises that facing tough opponents is a great chance to learn.

“I think whenever you play matches at this level, you’re exposed quite a bit on what you need to work on,” noted the 25-year-old.

As any tennis player knows, draws can make or break your tournament experiences.

John Millman has had a rough run at Roland Garros, drawing a seeded opponent in the opening round for a fifth consecutive year.

Yet the world No.43 still entered his first-round clash with No.17 seed Pablo Carreno Busta in a positive mindset and put up a strong fight.

“That’s tennis – you take the good draws with the bad,” explained Millman.

Rather than let a loss break your spirit, use it to bounce back stronger.

That’s what world No.28 Alex de Minaur is urging himself to do after a first-round exit at Roland Garros.

“I’ve got to have a long hard look at myself in the mirror and figure out what’s happening, and basically just fix it and get back to where I want to be,” the 21-year-old Aussie explained.

Success on the court, whether in singles or doubles, takes time.

John Peers and New Zealand’s Michael Venus are taking that approach in their new doubles partnership this season.

“We just continue to build and keep working hard week-to-week and day-to-day,” explained Peers after a title-winning run in Hamburg last month.

Following a second-round loss at Roland Garros, the duo returned to the practice court. An important reminder that the quest to improve never ends.

Has Roland Garros inspired you? Join in the fun, hire a court today and take advantage of the many healthy benefits of tennis. The court is calling!