Australians Alex de Minaur and Jordan Thompson have lost their opening round matches in Paris. 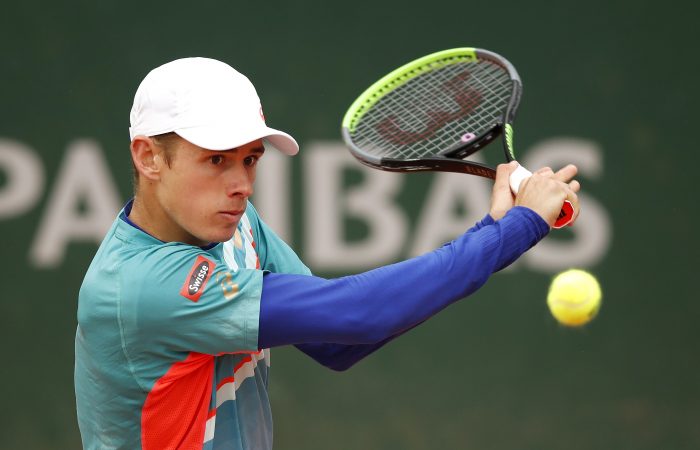 Alex de Minaur and Jordan Thompson have not been able to maintain their momentum from career-best Grand Slam runs at the US Open earlier this month.

Both lost their first round matches at Roland Garros today.

The 21-year-old Australian had his chances early in the match. He led 5-3 in the opening set and had two set points in a tense tiebreak. But Cecchinato showed the clay-court nous that helped him reach the Roland Garros 2018 semifinals, not allowing De Minaur to take control.

“It’s a little bit demoralising in itself that I can’t come out and play the tennis that I want to and that I know I can. It’s something that I’ve got to have a long hard look at myself in the mirror and figure out what’s happening, and basically just fix it and get back to where I want to be.

“(But) I’m not one to make excuses. At the end of the day, I just didn’t perform the way I wanted to.

“(Cecchinato) plays very well on clay and he played some good tennis. It was tough conditions out there, so he probably adapted a little bit better than I did and therefore he got the win.”

Unforced errors hurt the No.55-ranked Australian in the two hour and six minute match, compiling 44 compared to his opponent’s 21.

Two Australian women have progressed to the second round in Paris. Daria Gavrilova upset No.24 seed Dayana Yastremska to score her best Grand Slam win in three years, while Astra Sharma won a hard-fought battle against Russian Anna Blinkova.