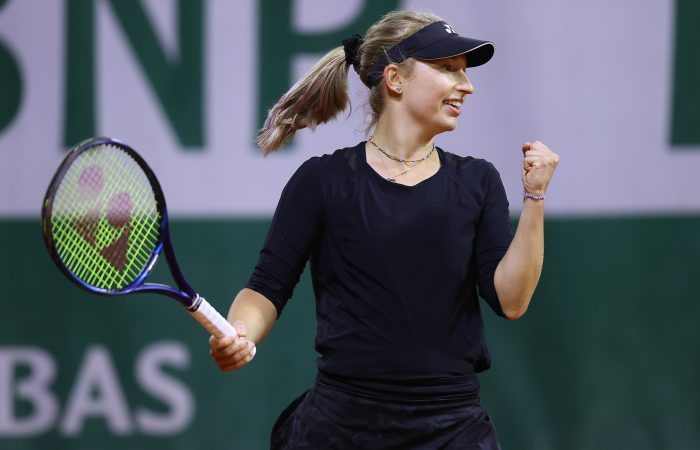 Daria Gavrilova has made a stunning Grand Slam return in Paris.

The 26-year-old Australian, playing only her second tournament after a year-long lay-off with a foot injury, defeated No.24-seeded Ukrainian Dayana Yastremska 6-4 6-3 in the Roland Garros first round.

It is Gavrilova’s biggest win at a Grand Slam tournament since she beat world No.12 Timea Bacsinszky in the Australian Open third round in 2017. It also snaps a five-match losing streak at majors, stretching back to the US Open in 2018.

Gavrilova handled the cooler conditions in Paris better than her 20-year-old opponent, committing only 16 unforced errors to Yastremska’s 38 in their one hour, 29 minute battle.

“I was pretty confident, to be honest. I played a very confident match. I kind of knew what to expect from her and I did everything right and I was very positive – the old Dasha was back.”

Gavrilova is currently ranked No.788 and used a protected ranking of No.104 to enter Roland Garros.

After an ongoing battle with plantar fasciitis and Achilles tendonitis, Gavrilova took time off tour in September 2019. At the time she admitted she had lost motivation, which the former world No.20 has now rediscovered.

“I was very hungry and I was really enjoying every moment,” Gavrilova said after today’s win.

The victory sets up a second round clash with Canadian wildcard Eugenie Bouchard.

Gavrilova is the second Australian woman into the second round at Roland Garros, joining Astra Sharma who scored the biggest win of her Grand Slam career earlier on day one.

It was a tough day for Aussie men though, with both No.25-seeded Alex de Minaur and Jordan Thompson eliminated in straight sets.