A Grand Slam debut is the reward for Australian Aleksandar Vukic after winning three qualifying matches in Paris this week. 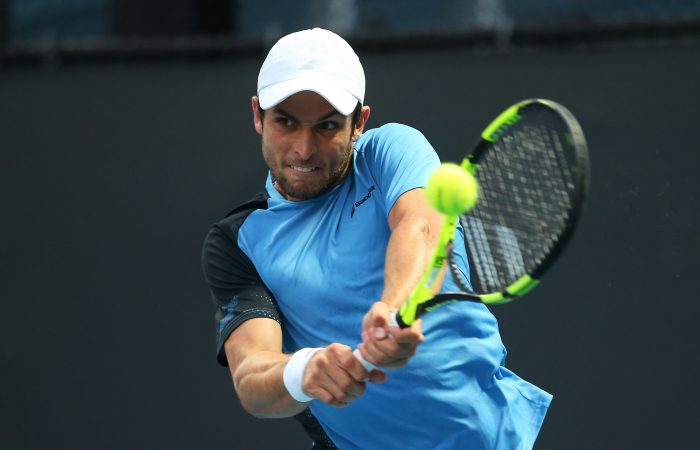 Aleksandar Vukic will make his Grand Slam debut at Roland Garros after earning his place through qualifying.

The 24-year-old from Sydney secured a main draw berth with a 6-3 3-6 6-3 victory over Chinese Taipai’s Jason Jung in the final qualifying round.

The world No.192-ranked Vukic, who saved two match points in an opening round victory earlier this week, hit 40 winners in the one hour, 58 minute battle against Jung.

> ROLAND GARROS DRAW: Find out who the Aussies play

However, Marc Polmans’ bid to qualify ended in a final-round loss to Brit Liam Broady. The No.206-ranked Broady posted a 7-6(5) 6-4 victory over the No.12-seeded Polmans.

Astra Sharma is through to the final round in the women’s singles qualifying draw, advancing with a 6-4 6-4 win over Japan’s Yuki Naito.

The No.134-ranked Sharma faces Italian Martina Trevisan in the final round.

[9] Astra Sharma (AUS) v Martina Trevisan (ITA)
Women’s singles qualifying, final round, Court 11, second match
The 25-year-old Sharma is attempting to qualify for a Grand Slam tournament for the second time in her career, having also done so at Australian Open 2019. This is her first career-meeting with the No.159-ranked Trevisan. The 26-year-old Italian, who made her Grand Slam main draw debut at the Australian Open in January, has matched her career-best run in Paris.