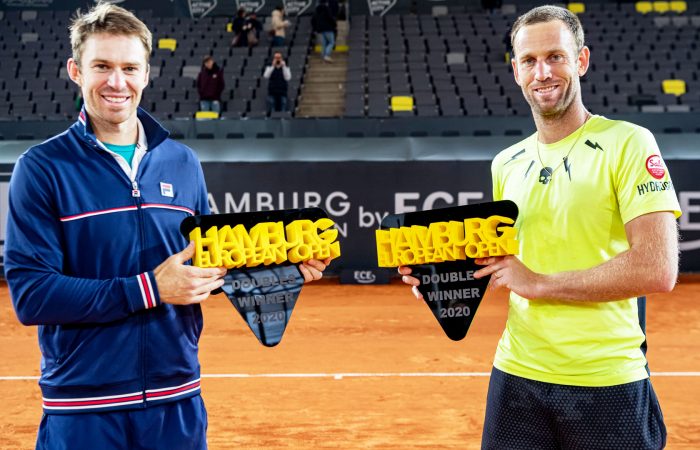 The unseeded duo capped an impressive week in Hamburg, recording a 6-3 6-4 win over Croatian combination Ivan Dodig and Mate Pavic in the final.

After saving a match point in their semifinal victory, they lost serve only once in the 67-minute championship match.

It is the 32-year-old Peers’ third Hamburg title, having previously won the tournament with Brit Jamie Murray in 2015 and Finland’s Henri Kontinen in 2016.

“I enjoy coming back to Hamburg,” said Peers after claiming his 22nd ATP doubles title and first on clay since his Hamburg victory in 2016.

Peers and Venus have now won two titles together this year and improve their season record to 14 wins from 20 matches.

“We just continue to build and keep working hard week-to-week and day-to-day,” Peers said of their partnership, which began in January.

“It has been really good to get through the tough draw here, (with) quality matches every time. For us to play the level we did was fantastic.”

One of only two teams to win multiple ATP doubles titles this year, the in-form duo now turned their attention to Roland Garros. They are the No.11 seeds in the men’s doubles draw.

The Hamburg title run improves Peers’ ranking two places to No.26, while the 32-year-old Venus rises five spots to No.8.