Volunteers and Clubs of the month – September 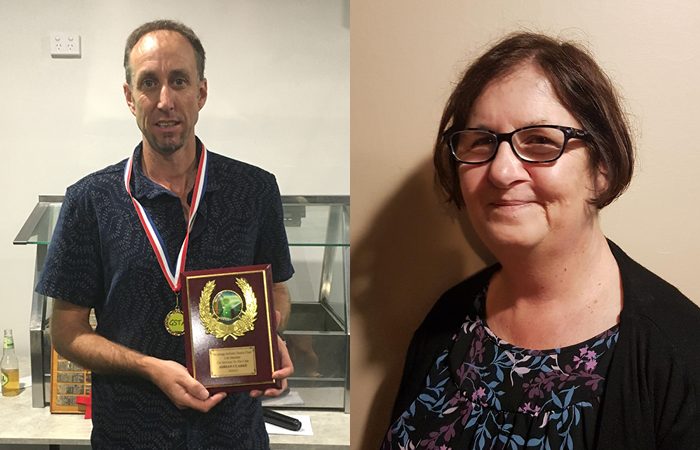 Holmesdale Tennis Club has been recognized in their community for creating a welcoming and inclusive environment through their social activities and continuous improvement of facilities.

The committee members and volunteers display a can-do attitude and approach to all tasks as they find new ways to grow the club through participation and funding. Their ongoing dedication and commitment of their committee of volunteers remains as the forefront of the club’s success.

In the past year, Holmesdale has received s Successful applications for funding with the Building Better Communities grant and ANZ Tennis Hot Shots Community grants, which has directly impacted the club’s growth.

The venue has also played host to SAPSASA trials and 2 green ball events.

The Myponga-Sellicks Tennis Club might be small, but their volunteer power is oh-so-mighty.

Myponga-Sellicks TC is located in Myponga, a small town south of Adelaide with a population of less than 800 but it doesn’t stop this club from making a huge impact.

It’s their volunteering culture which sets them apart with a core group dedicating themselves to fundraising for the club while also supporting their sporting complex neighbours and wider community.

In 2021/22 the Club has secured the services of local coach Erica Modra who has been working closely with the Myponga Primary School to help strengthen the pathway between school and club tennis.

The Club continues to grow in membership and enjoys an active social culture for all ages and abilities and prides itself on its family culture.

Tennis SA thanks the Myponga-Sellicks Tennis Club for their dedication to growing tennis in the region and in particular recognises Amy Veron, Kellie Galbraith and Amber Martin as the clubs office bearers who are well supported by the committee.

Amanda Whittenbury has been with Holmesdale Tennis Club for 16 years, 15 of which she has been a vital member of the committee. As secretary, Amanda’s role ranges from answering enquiries and administration upkeep, to grant writing and putting together funding applications. Amanda’s grant applications have secured an excess of $85,000 of funding for the club.

Amanda’s role includes a range of responsibilities, however her favourite and most rewarding aspect of volunteering is the community aspect of the club. She enjoys helping to grow and be a part of the community spirit of the club. Recently, Amanda was also awarded life membership at the club, a very proud and special moment for her.

Adrian Clarke of Myponga-Sellicks Tennis Club has had a busy 6 months in the regional tennis world which is why he has been nominated as September’s Rural Volunteer of the Month.

Adrian began his illustrious local tennis career at the tender age of ten for Back Valley Tennis Club in the Great Southern Tennis Association and is even able to cite the date he attended his first practice back in 1986.

He played at a couple of clubs before being convinced to join the Myponga-Sellicks Tennis Club Social Night Competition in 1998 and has been a stalwart at the Club ever since.

Holding various office positions throughout this time including President and Junior coordinator, Adrian is most well known for the time he spends (voluntarily) coaching the club’s junior players.

The Club Committee has often described Adrian as not only a coach, but a great mentor to young kids at the club who instills them with a never say die attitude and is always encouraging them to be the best version of themselves.

Adrian was awarded with Life Membership of the Myponga-Sellicks Tennis Club in March in recognition of the countless hours he has contributed to growing tennis in the region.