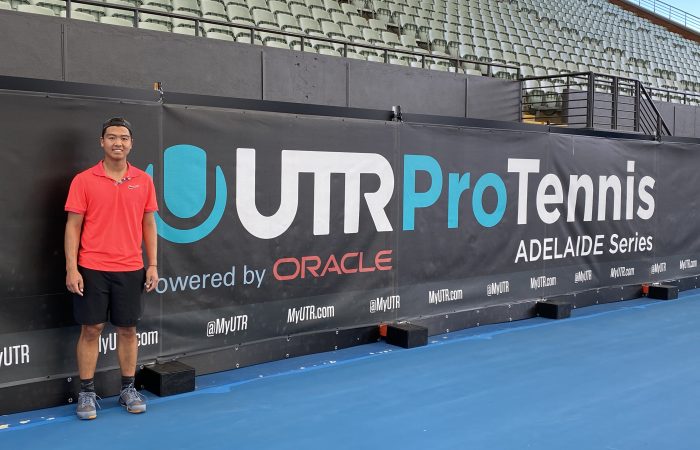 The third and final UTR Pro Tennis Series event in Adelaide came to an end this afternoon with Li Tu completing the clean sweep.

Tu served strongly throughout the match, winning almost 90% of points off of his first serve. Tu went on to claim the first set in 37 minutes and the momentum continued in the second as he went on to win the match, 6-4 6-3.

“I thought it was really close today. We’ve played each other a lot of times, but I thought Sean’s serving patterns and patterns of play were a bit different today which caught me off guard,” Tu said following the match.

“Credit to Sean I thought he played a lot better than the last two matches we’ve played and I wish him all the best.

“I think it has been a great competition. Yesterday I had a bit of a scare, Lawrence [Bataljin] played unbelievable and I feel pretty lucky to be winning this third event.”