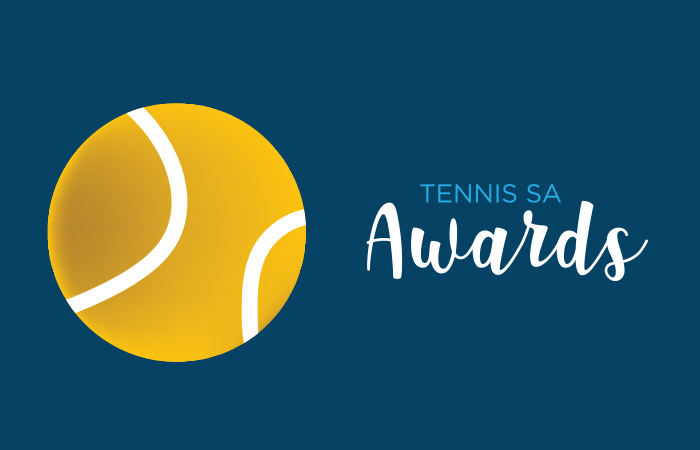 Greenacres (City/Hills) and Crystal Brook (Rural) have been announced as South Australia’s Most Outstanding Tennis Clubs in 2020.

The awards were presented virtually from Memorial Drive on Friday night.

With an inclusive environment and hardworking committee, Greenacres Tennis Club has come back from the brink with steady growth in recent years. The collaborative effort between coach and club has seen the ANZ Tennis Hot Shots program grow considerably. The club prides itself on being inclusive and welcoming to all.

“We are truly honoured to have won with the Most Outstanding Club award for the City and Hills,” said Greenacres Tennis Club President Darren Lambden.

“We have put an enormous amount of work in to rebuilding the club over the past few years and this award is a testament to our wonderful committee and club members.”

For Crystal Brook, this award is a wonderful achievement in the club’s 50th anniversary year.

In recent years, the club’s primary focus has been to expand junior tennis in the community. The club has reaped the rewards following the introduction of ANZ Tennis Hot Shots Community Play with a steady growth in junior members. The club prides itself on instilling the values of respect, responsibility and sportsmanship in all members, along with building confidence and creating lasting friendships.

“We are so thrilled to have won the rural award for Most Outstanding Tennis Club,” said Crystal Brook Tennis Club President Sam Inglis.

“Our focus on juniors is really starting to pay off and this award is a credit to our hard-working and dedicated committee.”

Broadview, Denman, Peake Gardens Riverside and Somerton Park were contenders for the City/Hills accolade, whilst Minlaton, Normanville, Renmark Tintra Lawn and Two Wells were finalists in the rural category.

The Tennis SA Awards Night celebrates players, coaches, clubs, communities, volunteers and officials for their service to the sport in South Australia.

The City of Charles Sturt won the award for Most Outstanding Council or Government Department, while International Blind Tennis Championships gold medallist Ricky Segura was announced as the Most Outstanding Player with a Disability.

“The Tennis SA Awards Night was a great celebration of the outstanding achievements of our players, coaches, clubs, communities, volunteers and officials over the past 12 months,” said Tennis SA CEO Debbie Sterrey.

“Especially in these difficult times, it was wonderful to celebrate and recognise our tennis communities around the state.

“Our congratulations to all of the award winners and finalists for their hard work and dedication to our sport.”

Most Outstanding Council or Government Department
City of Charles Sturt

Most Outstanding Athlete with a Disability
Ricky Segura