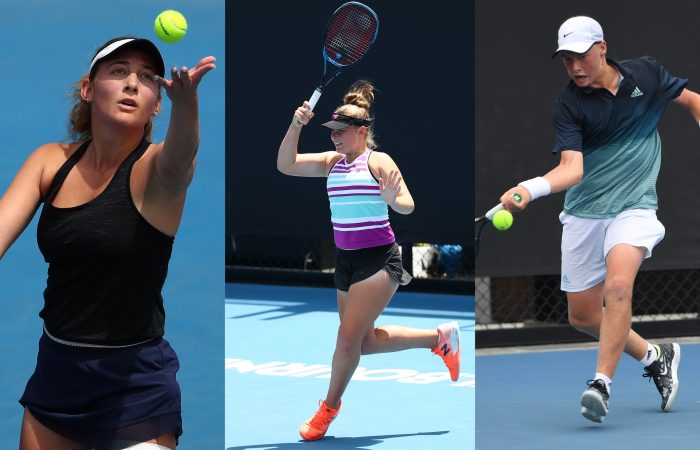 All three players will be making their singles debut at the tournament after being awarded wildcards, following strong results throughout 2019

Seventeen-year-old Russell made the final of the 18/u Australian Championships in December and reached a career high junior ranking of 153 in the first week of January. Russell will take on Slovenia’s Pia Lovric in the first round.

Fifteen-year-old Kempenaers-Pocz comes in to the tournament having won the 18/u Australian Championships against Russell and after pushing world No.89 Vitalia Diatchenko (RUS) during a strong WTA Tour singles qualifying debut at last week’s Adelaide International. Kempenaers-Pocz will take on Elizabeth Coleman (USA) in the first round.

Winter, also 15, made his ATP Tour singles qualifying debut against world No.76 Federico Delbonis (ARG) at the Adelaide International. Winter also reached the quarterfinals of the 16/u Australian Championship in December and is set to play Giovanni Mpetshi Perricard (FRA) in his opening round match.