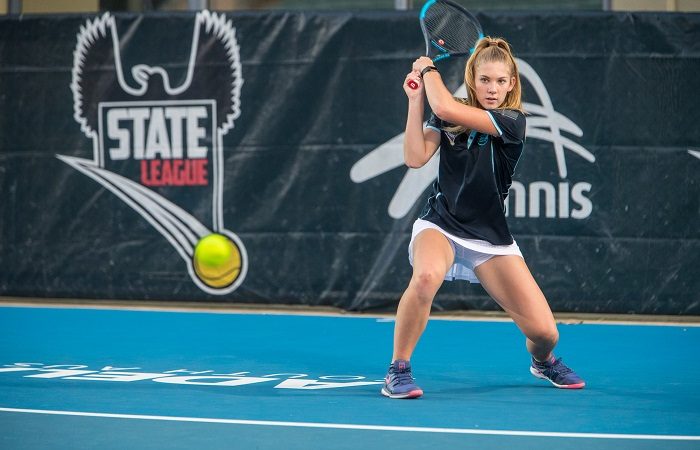 In round 5 of the Junior State League boys, Seacliff remain the team to beat after defeating Peake Gardens 4 rubbers to 2. Lachlan Brain, Noah Koeroessy and Hamish Bartos all won well to put Seacliff in a strong position. Oliver Thoeny was able to win a rubber back for Peake before both teams split the doubles rubbers to ensure that at the end of the round Seacliff remained at the top of the Junior State League ladder.

EAP Saints had a 6 rubbers to 0 win over Woodville. EAP were dominant in singles with Alexander Despoja, Connor Gibson and Hemang Gaur all performing well. Noah Coghlan was able to win a tough match against Nathan Zhang before EAP were also able to win both doubles convincingly to finish off the strong all round performance.

Coromandel Valley remain the only other undefeated team in the competition after their 4 rubbers to 2 win over Trinity Titans. Edward Winter and Patrick Douglas were able to win the first two singles rubbers for Coromandel before Ralph Catipay and Yan Carroll were able to strike back for Trinity and level the match up heading into doubles. With the game on the line Coromandel stayed strong and won both doubles to ensure they remained second on the Junior State League ladder.

EAP Saints remain undefeated after a 4 rubbers to 2 win against Hahndorf. The doubles were split 2 rubbers a piece with Elim Yan and D’Estree Colalancia winning strongly for EAP while Kara Tscharke and Anna Stewart kept Hahndorf in the match. However, with the game on the line EAP were too strong and won both doubles to ensure they won the match and still remain undefeated.

Happy Valley capture their first win of the season following a dominant 5 rubbers to 1 win over Glenlea. Despite losing the first rubber, Happy Valley were able to strike back through a strong win from Chenoa Norris. After another two close wins from Olivia Weatherall and Jessie Vo, Happy Valley were in control heading into doubles. From there Happy Valley stay composed winning both doubles to secure the match.