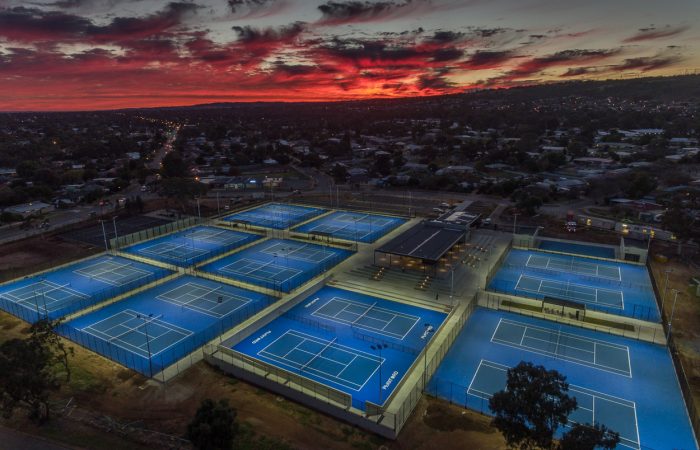 Yasutaka Uchiyama (JPN) is set to lead the men’s field at the City of Playford Tennis International, taking place at the Playford Tennis Centre from 28 October 2019 to 3 November 2019.

Uchiyama, who currently sits at a career high ranking of 87, will be joined by a strong international field when the tournament begins on Monday.

“Council is looking forward to hosting the next generation of Australian talent, along with a host of international players, at the Playford Tennis Centre next week,” City of Playford Mayor, Glenn Docherty said.

“It’s great to have our inaugural men’s and women’s champions Jason Kubler and Zoe Hives returning to compete at our third event.

“This tournament is truly becoming a stepping stone for higher honours for players, and gives our community the opportunity to see world class players so close to home.”

“We are looking forward to welcoming the players, officials and staff to Adelaide for the event which gets underway on 28 October. The countdown is on with the tournament team now making their final preparations,” said Tennis SA Interim CEO, Brett Hidson.

“A sincere thank you goes to the City of Playford for their unwavering support of this tournament. The Playford Tennis Centre is a state-of-the-art, world-class venue and Tennis SA is excited for the tournament to start next week.”

The 41 direct acceptances will be joined by five wildcards and two qualifiers, with matches beginning on Monday 28 October.

The event will also run alongside a women’s ITF World Tennis Tour USD$60,000 tournament with Priscilla Hon (Qld) and Zoe Hives (Vic) leading the field as announced earlier this week.

The City of Playford Tennis International is part of the Australian Pro Tour, a series of professional tennis events that bridge upcoming players with the ATP/WTA Tour, providing an opportunity for players to earn their first world ranking points.