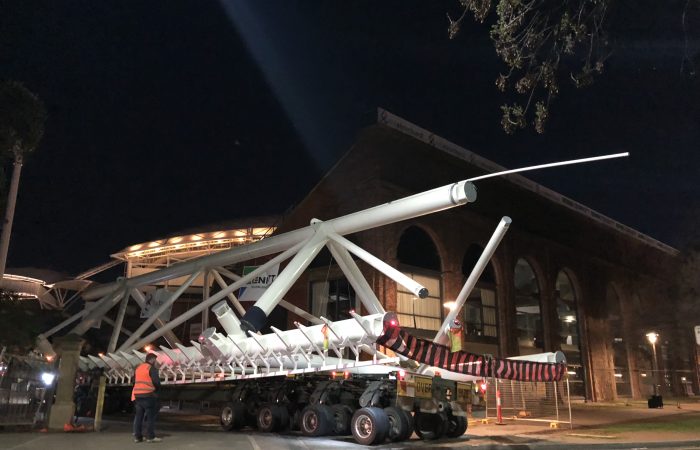 The first piece of the Memorial Drive Centre Court roof has arrived on site this morning following a five hour journey through the streets of Adelaide.

Departing from the SA Structural Head Office in Edinburgh at 1.00 am, the roof component arrived at Memorial Drive a little before 6.00 am. Weighing 23 tonne and measuring 25 metres in length, the piece is just one of three that will make up the Northern Transfer Truss, spanning the length of the North Stand. A total of 24 pieces will make up the entire roof structure.

The Memorial Drive redevelopment project is set to include include:

The project will enable Adelaide to host the new week-long Adelaide International in January 2020, with construction expected to be completed in late 2019.