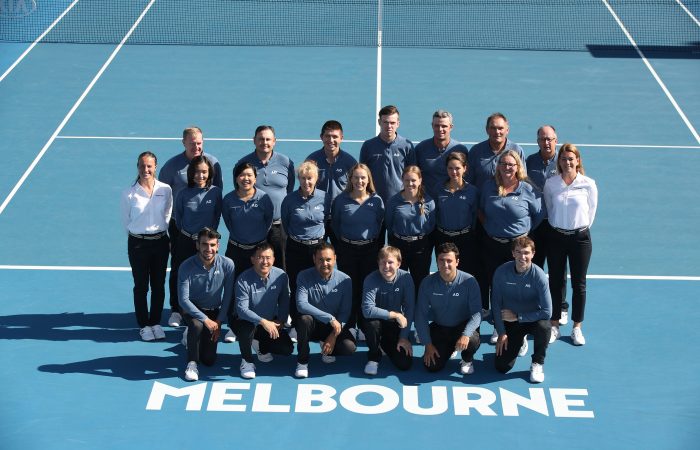 Congratulations to South Australian officials Dana Zahr and Ian Curran, who have been selected to take part in the National Chair Umpire Pathway. The first ‘Level A’ accredited Chair Umpires from South Australia in several years, Zahr and Curran will be mentored by Eva Asderaki-Moore.

Asderaki-Moore is one of 30 International Tennis Federation Gold Badge Chair Umpires in the world and has Chair Umpired at all four Grand Slams, ATP and WTA tournaments, Davis Cup, Fed Cup and the Beijing Olympics.

In 2015, she was the first female Chair Umpire to oversee the US Open Men’s Final, between Novak Djokovic (SRB) and Roger Federer (SUI).

Zahr and Curran’s outstanding commitment has seen them fast tracked through the program after achieving fantastic results in the last 18 months. Both Line Umpired at the 2019 Australian Open, with Curran on court for the Women’s Final.

For more information on how you can become a tennis official, click here.