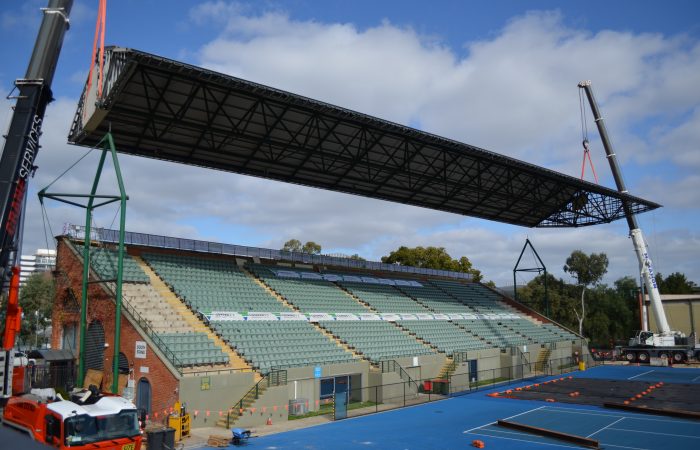 Kennett Builders and McMahon Services Australia, the two South Australian-based companies involved in the original construction of the South Stand roof in 1998 joined forces again, this time to remove the roof.

In a highly orchestrated operation, two cranes, one weighing 400 tonne and the other 250 tonne, were used to remove the 60 tonne roof in one piece before placing it on the Centre Courts to be dismantled.