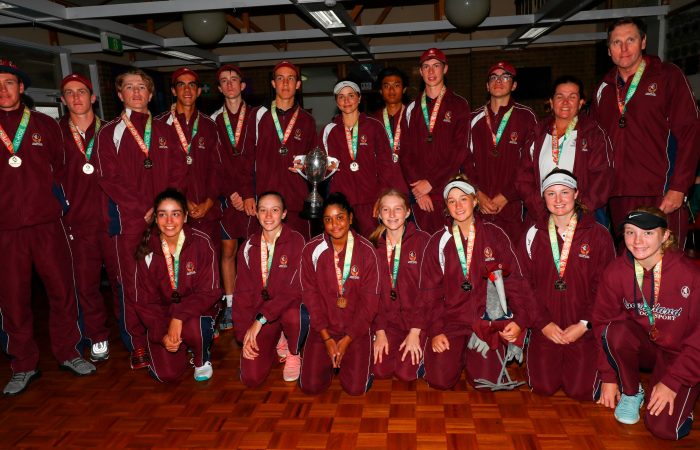 Queensland were yesterday announced as the 2019 Pizzey Cup champions following their dominant display at the week-long competition in Adelaide on Saturday.

The gold medal winning team finished the rain-interrupted week undefeated, claiming their first Pizzey Cup title since 2006 and ending a ten-year reign of New South Wales over the event.

The Pizzey Cup, which doubles as the 2019 School Sport Australia Tennis Championships, saw 115 secondary school students from across the country descend on Adelaide for the prestigious event from Saturday 4 to Saturday 11 May 2019, with matches held at West Lakes Tennis Club and Seaside Tennis Club throughout the week.