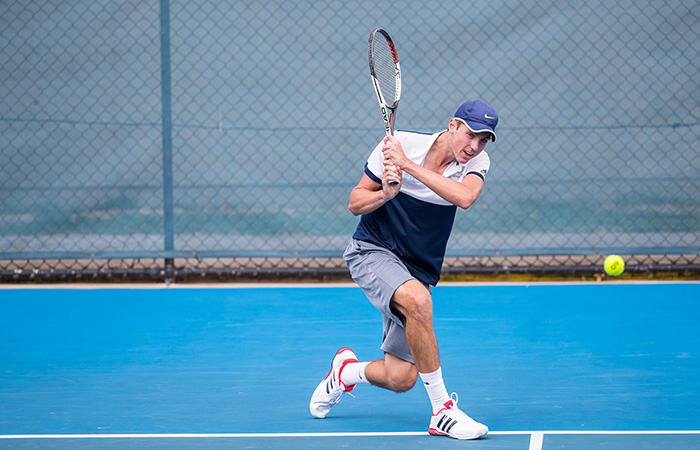 The Drive ladies have moved through to the Statewide Super State League Grand Final with an impressive win over Seaside.

At number one singles Seaside’s Natasha Russell defeated The Drive’s Melanie Clayton in straight sets. While Seaside’s Maggie Pearce and Madison Schwarz followed with wins at 2 and 4. Heading into doubles it was Seaside who led three rubbers to one with the win in sight.

The Drive put their best combinations together putting on a dominant display with Melanie Clayton and Melissa Beadman at one and Jasmine Adams and Alana Repanich at two both winning in straight sets and only allowing nine games to be won by Seaside giving The Drive the win by one set and thirteen games.

Pembroke will meet Seaside in the preliminary final after they had a resounding four rubber to two win over Kingswood. Pembroke’s Meeka Marshall was too strong for Nicole Kraemer at top single while Mia Tsoukalas outlasted Cydney Crumbie in three sets. This was followed by wins at number three and top double.

Glenlea men have beaten Trinity Gardens convincingly to move through to the Grand Final. Glenlea’s one Jack Schipanski got his team off to a strong start when he overcame Andrew Tavella 6-0 6-2. Trinity Gardens youngster Stefan Bianchet followed suit when he defeated veteran Scott Hughes 6-2 7-5.

Glenlea’s experienced double combinations got them over the line when they registered a set not allowing Trinity Gardens a look in.

Trinity Gardens will now face Broadview who managed to edge out The Drive men in a tight contest. Broadview’s number one Mislav Bosnjak outclassed The Drive’s Stefan Norodom to get his team away to a strong start before The Drive’s Sebastian Flock levelled the match at one all after he defeated Asykal Azhar in threet sets.

Rubbers three and four were split which sent the teams into doubles which saw Broadview close out the tie when they registered wins in both doubles, eliminating The Drive from the competition.