Junior State League – Round 14 Wrap Up 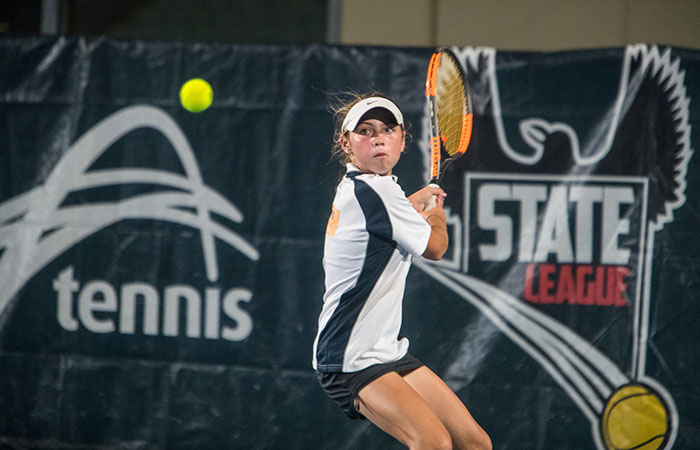 The final round of the Junior State League home and away season took place last Friday. The girls finished with a super round at Seacliff and the boys played at their own club home venues.

In the boys competition, Glenlea hosted Seacliff with the away team showing they were too strong with a four rubbers to two win. This meant Glenlea have missed out on a finals spot finishing in fifth spot.

Stefan Bianchet finished off his season with a win over Noah Koeroessy after an impressive season. Seacliff’s Lachlan Brain and Doni Gashi were stand outs with 9-1 and 9-2 victories. This leaves Seacliff in top spot and flag favourites heading into the finals.

Coromandel Valley and Pembroke finished off the season with strong performances over Hahndorf and West Lakes not dropping a rubber. Both teams will be in good stead heading into finals.

In the Statewide Super girl’s competition, Seacliff hosted a super round where all the girls were invited to a presentation from Theadora Kiparoglou before their scheduled match on the US Scholarship process and pathway.

Both Pembroke and Hahndorf had hard fought four rubbers to two wins over their opponents. With Pembroke’s Meeka Marshall and Hahndorf’s Kara Tscharke the stand outs for their team.

The Seacliff girls will host Pembroke to try and book their spot into a grand final, with Seaside and Hahndorf playing a knockout final with the winner to play the loser out of Seacliff and Pembroke.