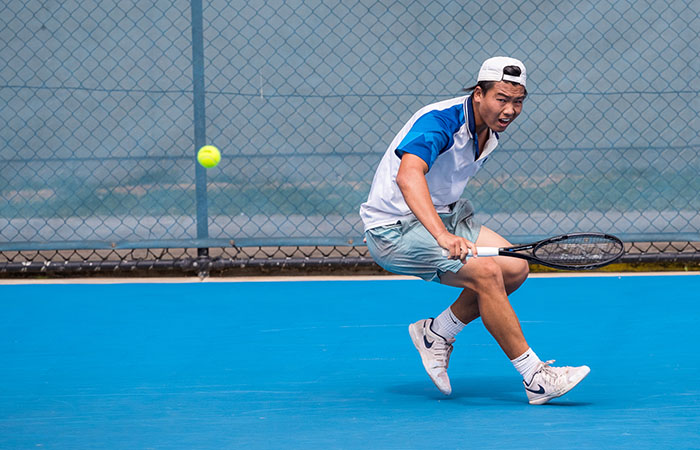 The Drive Mens’ team took victory over Tea Tree Gully five rubbers to one to give them a placing in the finals. The Drive’s Stefan Norodom beat Tyson Devine at top single, while Tea Tree Gully’s Oliver Taylor defeated Sebastian Flock at second single. The Drive then set up the domino effect, not dropping another rubber.

Glenlea continued their winning ways with a win over Collingrove, with Joshua Boots continuing his strong form winning his singles and doubles matches locking top position on the premiership ladder.

Broadview were far too strong for Golden Grove with a six rubbers to love win, cementing them in the finals. Golden Grove’s number one Nathan Eshmade fought hard at top single but lost to Mislav Bosnjak. Broadview then ran away with the match with singles wins to Martin Richards, Nikola Stakic and Corey Decandia.

In the Statewide Super Womens’ competition, The Drive have continued their winning ways with a six rubbers to love win over Denman which puts them in the driving seat heading into finals. The experience and strength of The Drive shone through with singles wins to Melanie Clayton, Melissa Beadman, Jasmine Adams and Alana Repanich.

Glenlea had a dominant display, downing Kingswood five rubbers to one. Glenlea were hungry to finish the season on a high with Tayla Whitehouse, Olivia Ley, Andrea Kristo and Ebony Harper all having strong singles wins.

Seaside locked in second place when they took down Pembroke four rubbers to two. Seaside’s number one Natasha Russell was in strong form with a win over Meeka Marshall, and was supported by team mate Sacha Rankin in doubles also registering a win.