Thank you message from the City of Playford Tennis International Team 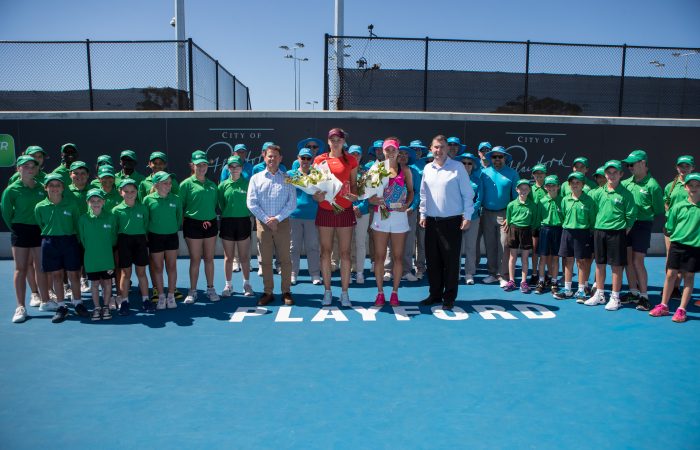 After an amazing week at the City of Playford Tennis International, it is time for us to thank the team who worked tirelessly behind the scenes to make the tournament possible.

Firstly, to our major sponsor, the City of Playford. We have been so lucky to work with the most amazing team of people who have helped us to bring this tournament to life and thank you so much for your ongoing support.

We would like to extend a huge thank you to our lead team of staff and officials:

To the teams from TennisGear and Playford Tennis Club, thank you for your support of the tournament, for the incredibly long hours you have pulled behind the scenes and for allowing us take over your venue for the last few weeks, we really appreciate it.

We would also like to thank our Officials, Ballkids, Player Services, Court Services and Venue Operations, Transport Services and various other volunteers who were a part of the tournament. We really hope you have enjoyed being on the team and we simply could not do this without your support.

To Ripley Raethel-Scott, thank you for MCing our Finals Day. Your ability to step in and lead the day was amazing, thank you so very much for your support of the event.

To all of the athletes who have participated in this year’s tournament. Thank you for providing us with such fabulous tennis over the course of the week. It has been a pleasure to have you be a part of the tournament and hope that you have enjoyed your time here.