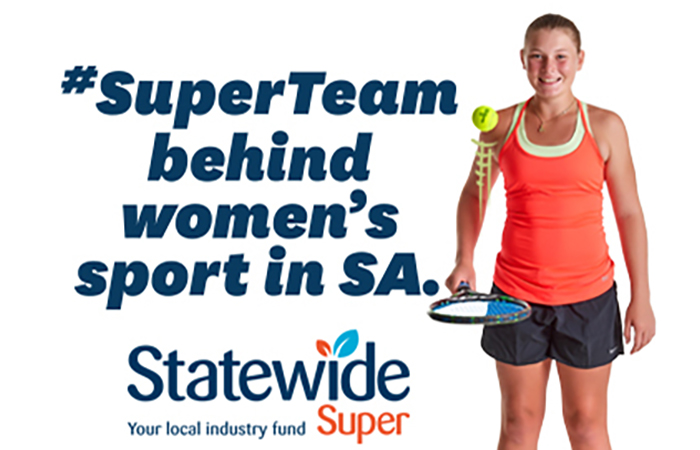 Tennis SA is proud to have been selected as one of 16 South Australian based state sporting organisations to receive sponsorship as part of Statewide Super‘s $150,000 Women’s Sports Sponsorship Program, called “We’ve Got This”.

Statewide Super is proud to be the national leader when it comes to supporting women in sport and is committed to fostering and growing local sporting talent to provide them with the opportunities to become elite athletes.

Tennis SA’s submission for sponsorship was based on boosting the profile of girls playing Junior State League and women playing State League tennis over the next 12 months. This will include well-being workshops, social media video production for increased profiling and prizemoney.

Promotion of the “We’ve Got This” sponsorship program will commence today with ambassadors of each sport pictured on Adelaide buses.

Tennis will feature Charlotte Kempenaers-Pocz, who has had some significant results over the past year including;