Aussies in action: Busy week ahead for Australian players

With tour-level tournaments in America, Bulgaria and Kazakhstan this week, there are plenty of Australian players in action. 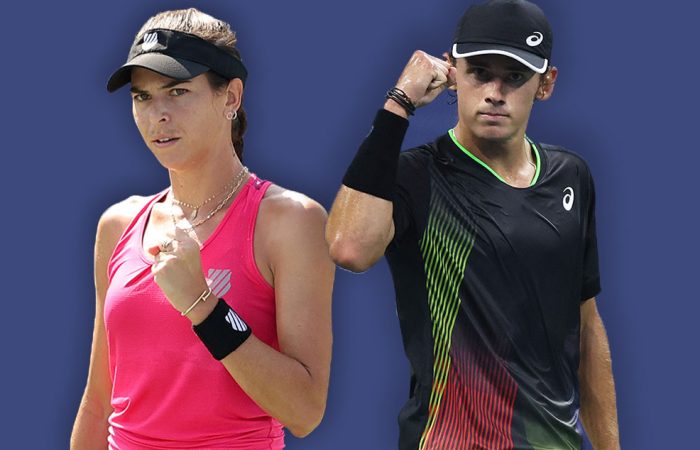 Maddison Inglis and Lizette Cabrera have qualified for a WTA 500 tournament in Chicago, joining Ajla Tomljanovic in the main draw.

This is the second time the 23-year-old from Western Australia has qualified at a WTA 500 tournament, having also qualified at the Adelaide International in February.

World No.131 Inglis faces American wildcard Caroline Dolehide, a 23-year-old ranked No.181, in the opening round.

Cabrera has won back-to-back matches for only the second time this season, qualifying with a 6-4 6-0 victory against fourth-seeded Belarusian Olga Govortsova.

It is the seventh time world No.162 Cabrera has qualified for a WTA tournament in her career – and first at the 500 level.

The 23-year-old from Queensland’s first-round opponent is American Shelby Rogers, who eliminated Ash Barty at the US Open earlier this month.

Priscilla Hon’s bid to also advance to the main draw has fallen just short, losing a three-set clash with Ukrainian Kateryna Kozlova in the final qualifying round.

Arina Rodionova is the sole Australian representative at a WTA 250 tournament in Nur-Sultan this week.

The 31-year-old plays Germany’s Anna-Lena Friedsam in the opening round.

Alex Bolt has qualified at an ATP 250 tournament in San Diego, securing his spot with a three-set win against two-time Grand Slam finalist Kevin Anderson.

World No.144 Bolt scored a 6-7(5) 6-3 7-5 victory against the world No.69-ranked South African, not losing serve in their two-hour and 14-minute final qualifying round clash.

It is Bolt’s 15th career top-100 win – and fifth this year, the most the 28-year-old has recorded in a single season.

Recent US Open semifinalists John Peers and Slovak Filip Polasek are the No.3 seeds in the men’s doubles draw.

Alex de Minaur leads the Australian charge at an ATP 250 tournament in Sofia this week.

The 22-year-old is seeded No.3 in the singles draw and receives an opening-round bye.

John Millman is the eighth seed and faces Swede Mikael Ymer in the first round, while Nur-Sultan finalist James Duckworth will look to continue his impressive form against Finland’s Emil Ruusuvuori.

Australian duo Luke Saville and John-Patrick Smith are the No.4 seeds in the doubles competition.